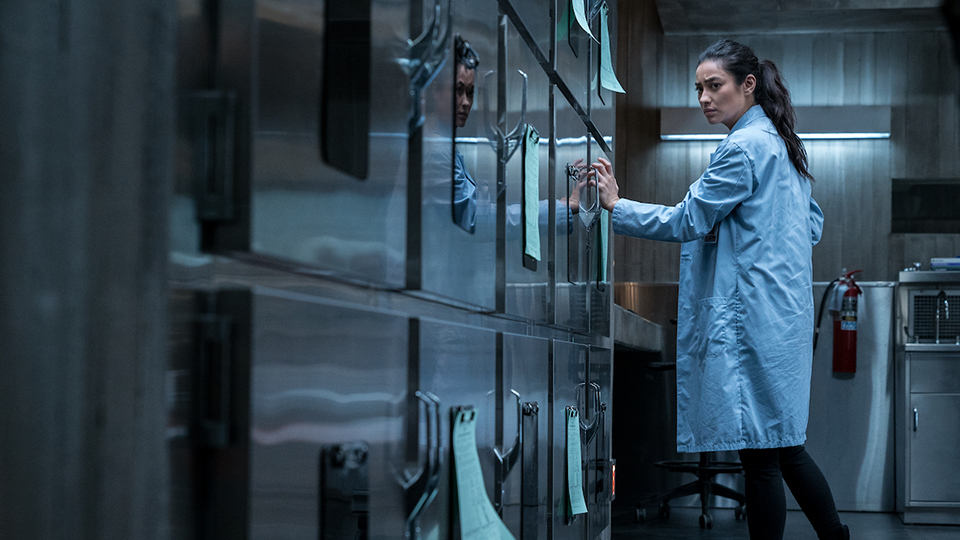 The trailer has arrived for creepy new horror movie The Possession of Hannah Grace.

Be warned before you watch the trailer, it’s not for those who are easily scared…

A shocking exorcism spirals out of control, claiming the life of a young woman. Months later, Megan Reed (Shay Mitchell) is working the graveyard shift in the morgue when she takes delivery of a disfigured cadaver. Locked alone inside the basement corridors, Megan begins to experience horrifying visions and starts to suspect that the body may be possessed by a ruthless demonic force.

The film is produced by Todd Garner and Sean Robins with music by John Frizzell.

The Possession of Hannah Grace will be released in UK cinemas on 30th November 2018.

In this article:Grey Damon, Shay Mitchell, The Possession of Hannah Grace