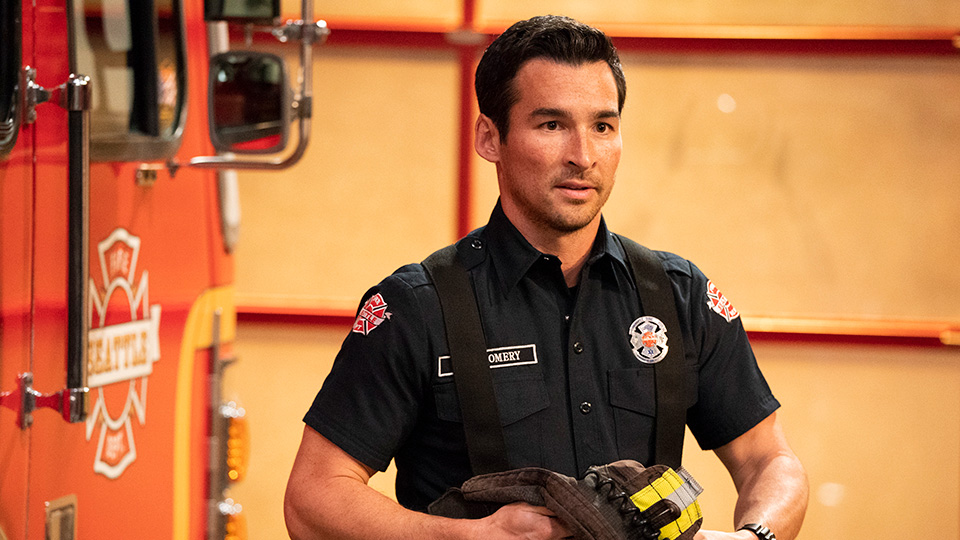 A windstorm hit Seattle on the latest episode of Station 19.

Andy (Jaina Lee Ortiz) and Sullivan (Boris Kodjoe) went out in an aid car to help a hit-and-run victim. The accident had happened in the same place where Sullivan’s wife died and he struggled to keep it together.

Due to the high winds, the car got blown off the road and over-turned into a ravine with Andy and Sullivan trapped inside.

Meanwhile the rest of the team freed a man who was trapped under a collapsed car port.

Elsewhere Jack (Grey Damon) revealed his PTSD to Pruitt (Miguel Sandoval), Ryan (Alberto Frezza) found out that there was an arrest warrant out for his father, Ripley (Brett Tucker) and Vic (Barrett Doss) tried to keep their relationship a secret, and Maya (Danielle Savre) was offered a promotion if she left Station 19.

The next episode of the season is Crash and Burn. In the aftermath of the windstorm, Andy and Sullivan’s fates remain unknown while trapped in an overturned car. Meanwhile, the team confronts Jack about his well-being, and the firefighters race against time to find their teammates.

Station 19 continues at 10pm tonight on Sky Witness HD. Preview it with our gallery below: