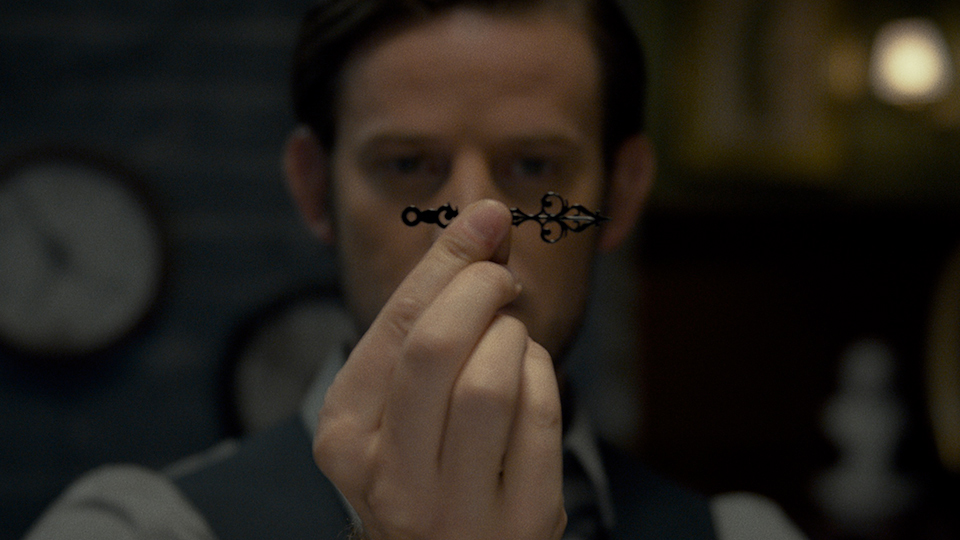 For his 30th birthday Tyler (Evan Williams) is treated to an escape room experience by his girlfriend Christen (Elisabeth Hower). Following a dinner with friends, Christen takes the group to the secret location of the escape room and blindfolds them. Once they take off their blindfolds, they find they’ve been separated and Christen is nowhere to be found. As they work through the puzzles, the group starts to find each other but they soon realise that there’s something more sinister at play.

Escape Room is directed by Will Wernick and it draws heavily from the Saw franchise. Taking the idea of an escape room, which is a popular experience in lots of major cities now, Wernick and his co-writer Noah A.D. turn the fun experience into a nightmarish experience for the characters. Frustratingly though the action is very slow-paced and for a film that runs at under 90 minutes, a third of it is spent outside of the escape room as we are exposed to the group’s dynamic. It’s unnecessary exposition as this is the kind of film where you don’t really care about the characters, you just want them to be killed in fun ways.

The sluggish pace continues as Tyler and his friends arrive at the escape room. A fair amount of time is spent watching them complete harmless puzzles and argue with one another. There’s a secret affair thrown into the mix too but it never really goes anywhere and is a plot device that wasn’t needed. The horror part of the movie is mostly saved for the last 30 minutes and it’s incredibly disappointing. Whereas Saw packs a mean punch and is edge-of-the-seat levels of intense, Escape Room never makes you feel anything. You don’t care about the characters and the plot is uninspiring and unoriginal.

The performances from the ensemble cast are solid enough. They are under-served by a poor script and their characters aren’t rounded out, despite the first 30 minutes of the film trying to do that. No one here is going to win any awards for their performance but Evan Williams is arguably the best as Tyler. He’s a little OTT towards the end but he’s a decent enough leading man.

Escape Room could have been a true guilty pleasure of a movie but it pales in comparisons to the films it’s so clearly inspired by. With a seriously under-developed script and a barely there plot, there’s not a whole lot of reason to watch this. There are similar and much better films out there and for a horror this isn’t really going to satisfy its audience. Escape Room should have been a lot better than it is.