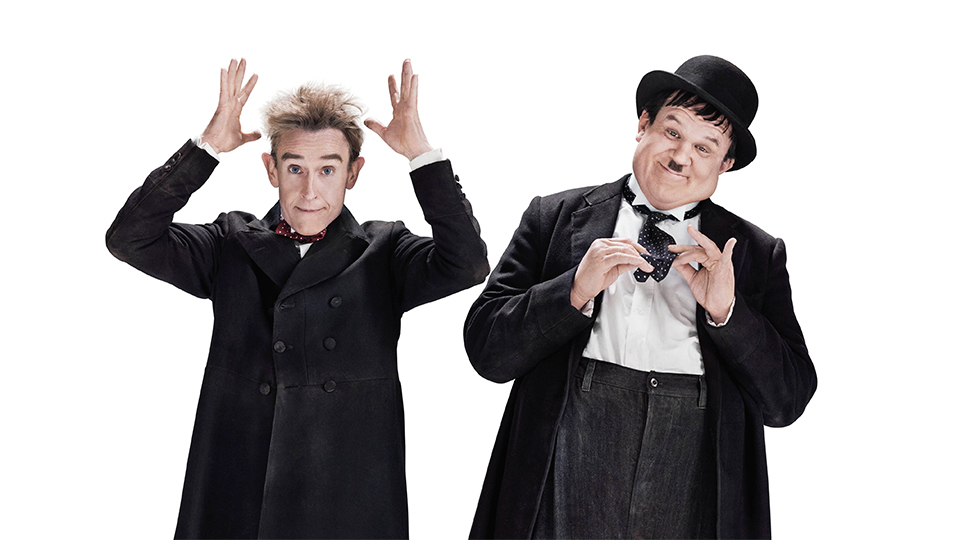 A new clip and poster have been released for upcoming biopic Stan & Ollie.

In the clip Stan (Steve Coogan) and Ollie (John C. Reilly) come to blows with producer Hal Roach (Danny Huston) on the set of Way Out West in 1936. Watch the clip below:

The true story of Hollywood’s greatest comedy double act, Laurel and Hardy, is brought to the big screen for the first time. Starring Steve Coogan and John C. Reilly as the legendary movie icons, Stan & Ollie is the heart-warming story of what would become the pair’s triumphant farewell tour.

With their golden era long behind them, the pair embark on a variety hall tour of Britain and Ireland. Despite the pressures of a hectic schedule, and with the support of their wives Lucille (Shirley Henderson) and Ida (Nina Arianda) – a formidable double act in their own right – the pair’s love of performing, as well as for each other, endures as they secure their place in the hearts of their adoring public.

A new poster has been released for Stan & Ollie featuring the duo looking outward and Stan throwing his hat into the air. Take a look at the new poster below: