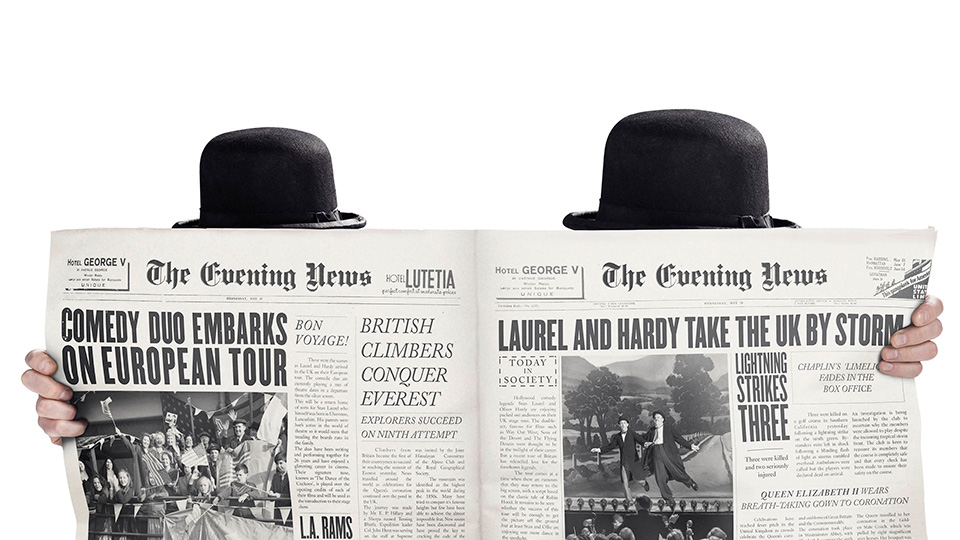 Entertainment One UK has unveiled the first-look poster for upcoming biopic Stan & Ollie.

Starring Steve Coogan as Stan Laurel and John C. Reilly as Oliver Hardy, the film tells the untold story of the iconic comedy duo. The poster features the duo hiding behind a newspaper covered in headlines about them. Their trademark hats are visible peeking over the top of the paper.

The true story of Hollywood’s greatest comedy double act, Laurel and Hardy, is brought to the big screen for the first time. Starring Steve Coogan and John C. Reilly as the inimitable movie icons, Stan & Ollie is the heart-warming story of what would become the pair’s triumphant farewell tour.

With their golden era long behind them, the pair embark on a variety hall tour of Britain and Ireland. Despite the pressures of a hectic schedule, and with the support of their wives Lucille (Shirley Henderson) and Ida (Nina Arianda) – a formidable double act in their own right – the pair’s love of performing, as well as for each other, endures as they secure their place in the hearts of their adoring public.

The film is directed by Jon S. Baird and written by Jeff Pope.