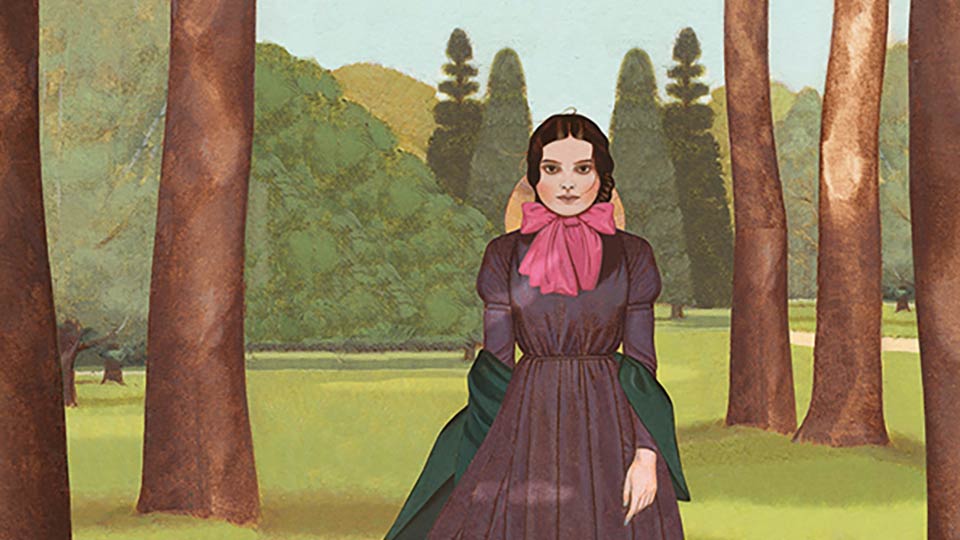 Illustration ©2018 Pierre Mornet from The Folio Society edition of Middlemarch

Perhaps the greatest novel in the English language – certainly felt to be by many readers and great modern novelists – George Eliot’s sweeping story of a manufacturing town and its inhabitants is widely acknowledged to be her masterpiece and a triumph of realist fiction.

Eliot (real name Mary Anne Evans) pushed the boundaries of expectation for female writers in her times, refusing to conform to the flighty romance and happy endings of her peers’ publications. Middlemarch offers a lament for the limited options available to women in late Regency England, alluding to their lost potential and unrealised dreams. But it also tackles themes including morality, social mobility and industrialisation. Ultimately, the human condition is at the mercy of the rapidly changing world.

Every bit as powerful and perceptive in our time as it was 150 years ago, Middlemarch displays George Eliot’s clear-eyed yet humane understanding of characters caught up in the mysterious unfolding of self-knowledge.

This exceptional large-format collector’s edition from The Folio Society coincides with the 200th anniversary of Eliot’s birth in November and is a fitting celebration of this monumental work. Celebrated French artist Pierre Mornet has created 15 striking illustrations that blend realism and subtle stylisation. The blocked binding frames a silver and gold silhouette of Dorothea Brooke and the binding’s floral motif is echoed on the slipcase.

John Mullan, Lord Northcliffe Chair of Modern English Literature at University College London, has contributed a new introduction and offers a fresh perspective on the novel by examining the central couples’ relationships.

John Mullan says in his introduction: “Some great novelists, like Jane Austen, mostly absent themselves from their narratives. George Eliot is present everywhere in Middlemarch, often speaking in the first person. We are in the company of someone humorously wise. It is risky for a novelist to explain her characters’ behaviour by making observations from life, but she does so with a subtlety that animates those characters rather than turning them into demonstrations.”

Middlemarch by George Eliot, illustrated by Pierre Mornet and with an introduction by John Mullan, is available exclusively from The Folio Society.

In this article:George Eliot, Middlemarch, The Folio Society