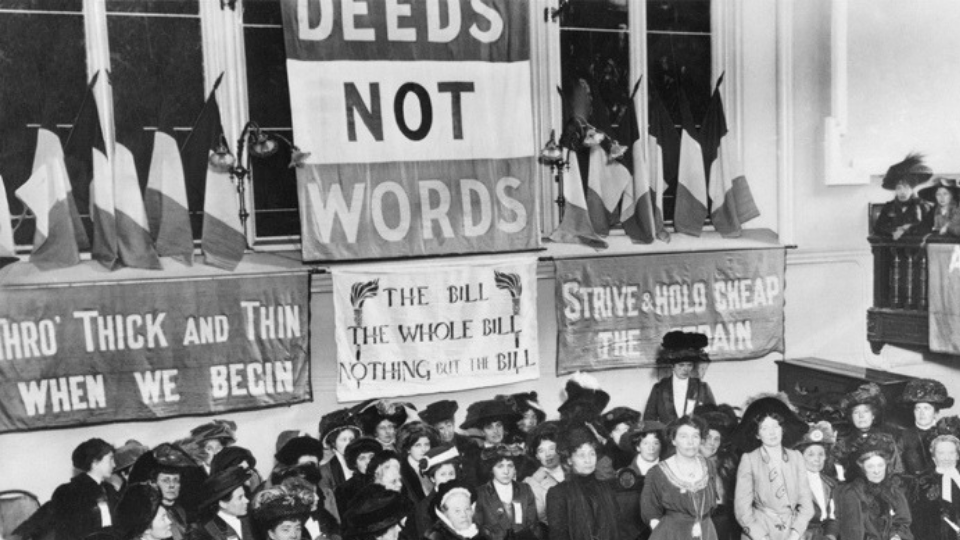 The National Theatre marks the 100th anniversary of the first women in the UK gaining the right to vote, with its Courage Everywhere series of a rehearsed readings, talks and events, as well as a free exhibition in the Lyttelton Lounge.

Running from 15th to 18th November 2018, world-class directors Nadia Fall, Phyllida Lloyd, Jenny Sealey, Lyndsey Turner and Dawn Walton will bring to life five plays on themes of suffrage, courage and the fight for political equality in the UK and around the world.

Talks during the series include Activism in the Archives: Finding Stories of Suffrage Theatre on 15th November and Women Poets Through the Ages with Allie Esiri on 16th November, which includes a guest appearance from Joanna Lumley. If puppetry is more your thing, head to the Courage Everywhere pop-up on Sunday 18th November from 12pm to 7pm where workshops include writing your own scenes for Suffrage Puppetry and creating Suffrage Zines, Equaliteas, suffragette top trumps, screenings of ‘March’ directed by Anna Birch, panel talks on women as statues and playingsuffrage characters and demos of Jujitsuffrage.

A free exhibition in the Lyttelton Lounge curated by Naomi Paxton, opening on 22 October 2018 and running until January 2019 highlights how the campaign for votes for women was championed by women and men from different professions across the UK, not excluding the theatre. In 1908, two groups of theatre professionals formed to support the cause – the Actresses’ Franchise League (AFL) and the Women Writers’ Suffrage League (WWSL). This exhibition celebrates their diverse and exciting work for the Edwardian suffrage campaign, and explores how they helped to share the ideas and language of the movement. Includes filmed extracts of plays from the time, archive materials and images.

For a full schedule and tickets visit https://www.nationaltheatre.org.uk/shows/courage-everywhere