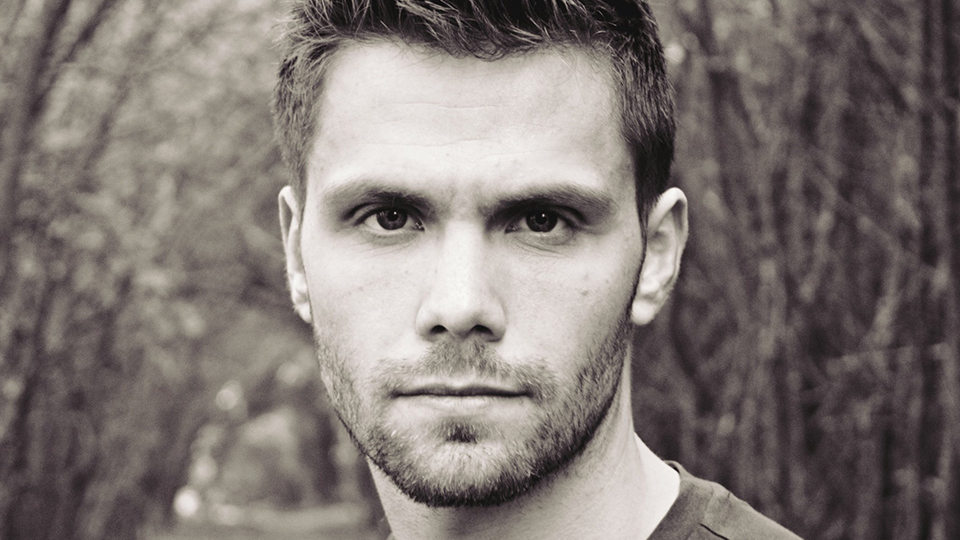 West End actor and singer Alexis Gerred launched a crowdfunding campaign earlier this year so that he could make and release his debut album Alexis. Asking his fans to help him reach his target of £4,500 to cover the cost of the process, Gerred surpassed his target and has been working hard the past few months getting his debut release perfect. Ahead of the album’s release, Gerred released the sweet lead single Sweet Angel and second track Hold You Close. The entire album is available on Friday and it’s another milestone in the star’s ever-expanding list of achievements.

Alexis features 10 original songs opening with lead single Sweet Angel, a song Gerred wrote as a thank you to his parents for their support. What immediately grabs you is Gerred’s voice. I’ve heard him sing in a variety of different roles and scenarios over the years, and that experience shines through. His voice, understandably, leans more towards musical theatre than pop/rock but he packs plenty of grit into his delivery. The track draws on his rock influences and it’s a cracking start to the record.

What you notice on the first listen-through of Alexis is that every song sounds different. Gerred obviously have a wide range of influences and those are present throughout the record. Second track Face the Crowd is a beat-driven anthem with the kind of riffs that Journey would be proud of, Rule the World featuring fellow stage actor and singer Danielle Steers is a soaring rock-tinged belter, and The Lucky Ones is a stripped-down ballad that really allows Gerred’s voice to shine.

Picking a favourite track on the record is a little tough as each song deserves its place here. The rip-roaring Don’t Let It Go plays to Gerred’s showman strengths while Road to Redemption has a 90s INXS feel with Gerred’s voice packing plenty of expression and passion. The standout track from me is Home featuring Country singer Liv Austen. The song has a catchy melody and the two singers’ voices complement each other well. It’s a beautiful moment and one I’d like to see live in the future.

Elsewhere on the album Hold You Close is a gorgeous acoustic-led ballad, Save Me features one of Gerred’s best vocals on the album, and closing track No Ordinary Girl ends the record on a high note with Gerred showcasing his impressive vibrato over a punchy beat.

Alexis is a polished and accomplished debut from Alexis Gerred. He’s one of the brightest stars on the West End and with this album he showcases his remarkable talents as a musician. This project has been one that Gerred has wanted to do for a while and it’s been worth the wait. Fans will love every track and those who aren’t as familiar with him, will find a rock/pop collection that gets better with every listen.

Advertisement. Scroll to continue reading.
In this article:Alexis Gerred