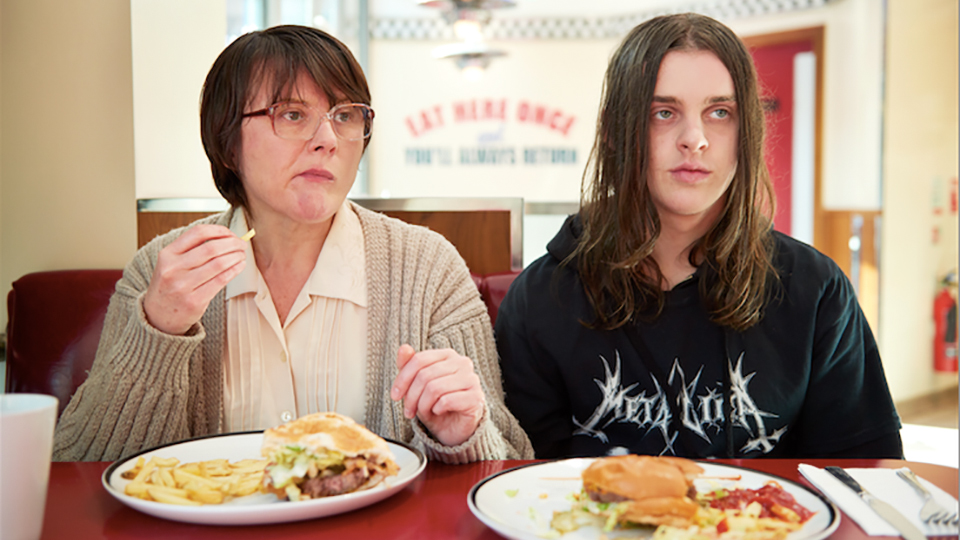 A first-look image has been released for Days of the Bagnold Summer, the directorial debut of Simon Bird (The Inbetweeners).

Starring Monica Dolan (Eye in the Sky), Earl Cave (The End of the F***ing World), Rob Brydon (The Trip), Alice Lowe (Prevenge), Tamsin Greig (Tamara Drewe) and Elliot Speller-Gillot (Uncle), Days of the Bagnold Summer is set to be released in 2019 by Altitude Films.

A heavy-metal-loving teenager’s holiday plans fall through at the last minute, meaning he must spend the whole summer with the person who annoys him most in the world: his mum. Days of the Bagnold Summer is a tender, funny coming-of-age story; an acutely observed portrait of growing pains, friendship and family life.

An adaptation of Joff Winterhart’s graphic novel of the same name, Days of the Bagnold Summer features a screenplay by Lisa Owens. It is produced by Matthew James Wilkinson of Stigma Films and co-produced by Isabelle Georgeaux of Pont Neuf Productions. James Appleton from Storyhouse Pictures serves as executive producer.

Belle & Sebastian have confirmed that they will be doing an original soundtrack for the film.

Director Simon Bird is best-known for playing Will in The Inbetweeners TV series and features films. He is also the co-creator and co-writer of Chickens, which he also starred in.

In this article:Days of the Bagnold Summer, Earl Cave, Monica Dolan, Simon Bird