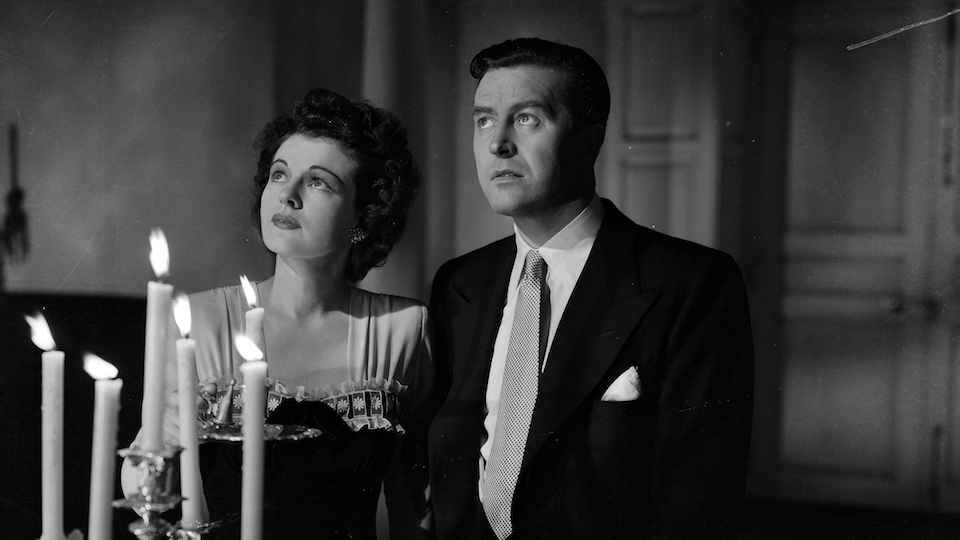 The ghost story/haunted house movie has arguably never been in such rude health. From Paranormal Activity, The Orphanage, Insidious, The Babadook, Sinister, Under the Shadow, The Conjuring, and all their respective sequels and spin-offs, the last decade has been a hugely successful period for films that go bump in the night. Much of the cinematic language of this genre – something that all these films share – was established in Lewis Allen’s 1944 classic film, The Uninvited.

Before The Uninvited, most Hollywood ghost stories were played for laughs, in films like Topper, The Ghost Goes West, and a number of films from the likes of Laurel and Hardy and Abbott and Costello. The Uninvited changed all that. What are now seen as generic tropes, were invented by Allen’s atmospheric approach to the material. The house that would otherwise be unaffordable is suddenly available to buy. The family pet that can see things that we cannot. The room in the house that is always freezing. This all began here.

The Uninvited sees Ray Milland (a year away from his career defining turn in The Lost Weekend) playing Rick Fitzgerald, a composer and music critic from London. Whilst on holiday with his sister Pamela (Ruth Hussey) in Cornwall they discover Windward House, an abandoned yet stunning gothic home overlooking the cliffs. They fall in love with the property and purchase it for an unusually low price.

The bargain deal soon turns sour. The studio room on the top floor is always cold, and any time they are in the room they are filled with a sense of despair. Then they are woken in the middle of the night by the mournful wailing of someone else in the house. When Rick invites his girlfriend Stella (Gail Russell) to dinner, she is overcome by the spirit in the house. She races outside to throw herself over the cliff, but Rick catches her just in time.

Lewis Allen makes exquisite use of light and shadow throughout the film. The interior scenes are incredibly atmospheric, and shot with a real boldness and flair. When the spectres finally appear, the special effects are very impressive. The plot however goes on a number of elaborate twists and turns to try and provide a compelling backstory for the haunting. It’s not needed, and really drains much of the thrill.

Modern audiences with modern sensibilities are not going to find this a scary film to watch over Halloween. Rick and Pamela retain a breezy and light-hearted repartee throughout, which seems a tad incongruous seeing as how they are being haunted. But the haunting is undeniably chilling. The style and techniques that Lewis Allen used here to scare audiences in 1944 would set a blueprint for haunted house horror. It might have been tweaked along the way, but The Uninvited is the starting point for one of cinemas most enduring genres.

The disc for this Criterion release is somewhat light in the supplementary features. There’s a visual essay on the film by filmmaker Michael Almereyda, entitled Giving up the Ghost. There’s also two radio adaptations of Dorothy Macardle’s novel, from which the film was adapted. Finally, the booklet with the disc features an essay form critic Farran Smith Nehme.