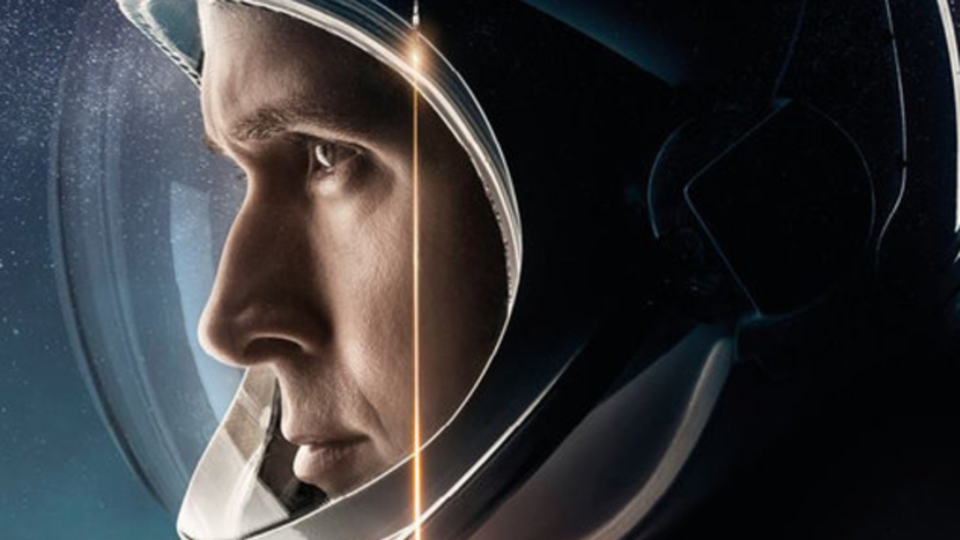 The remarkable true story of the Moon landing proves to be another giant leap for director Damien Chazelle’s career, whose star has been on a meteoritic rise for the past few years. The Oscar winning director behind La La Land and Whiplash takes a keen eye and a novel approach to portraying this expansive story, deciding to focus on the man rather than the mission. The end result is a heartfelt and utterly engrossing account that leaves a captivating mark on you.

That’s not to say that First Man isn’t about the nuts and bolts of the Space Race and the plight of the USA to beat Russia to the Moon. It’s all there, but the narrative chooses to explore in greater depth the life of Neil Armstrong – the first man to walk on the Moon – and the struggles and challenges he and his family had to overcome to make history.

Neil Armstrong (Ryan Gosling) is drafted into a high priority NASA mission to reach the surface of the Moon. With the Russians making leaps and bounds in their space program, the race is on to get there with the best minds in their respective fields working overtime to make this dream a reality. Relocating with his wife Janet (Claire Foy) and his kids, Neil must handle the pressures of the job at hand, with setbacks, complications and tragedy poised at every juncture.

What initially grabs you is First Man’s unwavering determination in telling the human interest story first and foremost. There are a lot of milestones and big moments to cram into this story but First Man always has Neil Armstrong’s journey at its core, and that’s why the film works so effortlessly. Ryan Gosling hands in a fantastic performance as a determined man who is challenged daily and who can be fearless in every aspect of his day job, but who struggles to convey the gravitas of the situation to his young children.

A film like this, and especially one that is set in this era (1961-1969), could have taken a lazy approach to the character of Janet Armstrong, just painting her into the background as dressing. Josh Singer’s screenplay, adapted from the book by James R. Hansen, thankfully never lets this happen. Her character is real and integral to this story. Claire Foy is a revelation here and gives the film a real balance and strength with her powerful portrayal. Her exchanges with Neil are a cornerstone to the film’s success.

The supporting talent are all superb too with a who’s who of great character actors all lending their considerable talents to this gem of a film. Jason Clarke, Kyle Chandler, Olivia Hamilton, Patrick Fugit, Ciaran Hinds, Ethan Embry, Shea Whigham, Corey Stoll (as Buzz Aldrin), Lukas Haas and Pablo Schreiber all hand in note-worthy performances that collectively leave a mark on the story. First Man is exceptionally efficient in its storytelling, utilising these actors well in a 2hr 21min movie that never lags or feels superfluous at any point.

The film is blessed with a stellar cast and wonderful creatives behind the scenes, but it also has to succeed in a visual sense. Having the lunar surface scenes filmed in IMAX gives First Man a ghostly beauty that really places you on the Moon. It’s immersive in conjuring its atmosphere and expansive in its scope and grandeur to make this sequence truly breathtaking. Throughout the film you get a very real sense of the physicality of the things that these astronauts have to endure. The movie opens with a staggeringly effective fighter-jet scene which conveys speed in a way that I’ve never seen realised on film before. There are more than a few scenes that will cause a bit of motion sickness too – it’s not pleasant, but vitally important in telling this story.

US Republican’s recently took to bashing First Man, calling the film unpatriotic. It’s anything but that, and their narrow-minded opinions (from people who hadn’t even seen the film in the first place) has certainly taken focus away from what an incredible piece of filmmaking First Man actually is. Their complaints stem from (what they see as) a political statement by Chazelle by not featuring a direct scene about the planting of the US flag on the moon. But the American flag is front and centre of this entire film, and it was an artistic choice to focus on the story of the man behind the moment.

First Man is breathtaking cinema told by a true auteur that is fast becoming the voice of a new generation. Chazelle’s choices behind the lens are staggeringly beautiful and chronicle one of the most incredible stories of human endeavour in a way that leaves a lasting impression on the soul. With Ryan Gosling once again leading the line exceptionally well, First Man lands as one of the finest movies of the year, and one that deserves a huge audience – if just to remind modern society that working together, rather than causing conflict and division amongst ourselves, is the key to our existence and growth as a species.