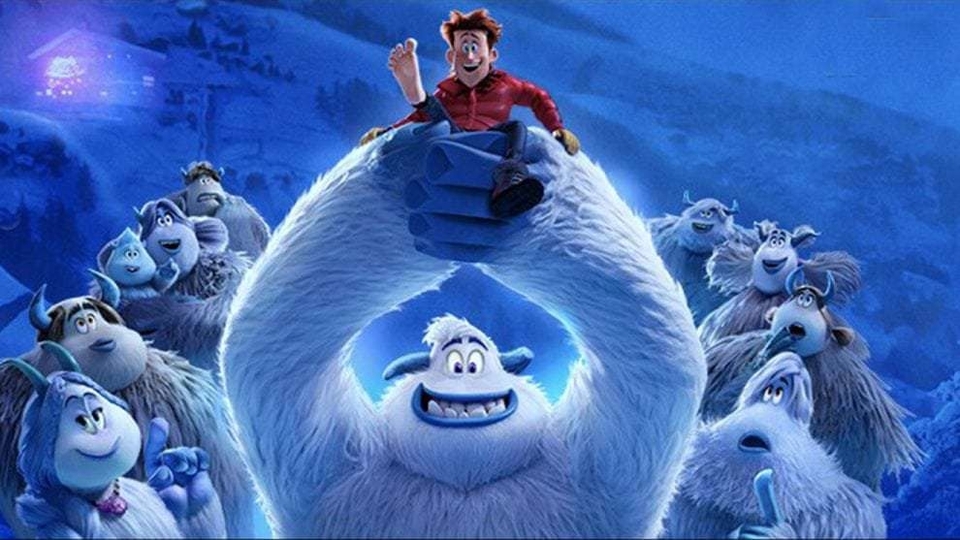 If you are looking for a great family movie then look no further than Smallfoot, the hilarious animated adventure that is better than it has any right to be. This could have been a very average affair but thanks to some inventive storytelling and a huge amount of heart, Smallfoot is a real surprise treat that deserves a big audience.

The premise turns the familiar on its head with delightful glee; ‘What if it’s the Bigfoot who uncovers the existence of humans (aka Smallfoot)?’. This simple plot device opens up a wonderful world of possibilities, and delivers a story that touches on big topics such as diversity and acceptance, but delivers it in a way that doesn’t feel forced.

We start with Migo (voiced by Channing Tatum – Kingsman: The Golden Circle). He’s the son of Dorgle (Danny DeVito) who has a very important job in their Yeti community that live high up in the mountains beyond the clouds. Wanting to follow in his father’s footsteps, Migo trains to wake up the village up every morning by alerting the sun to rise (by firing himself headfirst into a gong). This is one of the many rules the Yeti’s live by, as decreed by ancient stones which are held by the Stonekeeper (Common – John Wick: Chapter 2), the elder leader of the Yeti.

Migo has a crush on the Stonekeeper’s daughter Meechee (Zendaya – Spider-Man: Homecoming) and one morning, gets distracted by her as he is hurtling in the air towards the gong. He misses it and ends up crash landing beyond the mountain, a desolate land which no-one goes to. Once there he spies a plane that crash lands and sees something remarkable – a Smallfoot! The pilot is scared having seen (what he thinks) is a monster and flees the scene. Migo knows that the villager’s minds will be blown by the revelation that Smallfoots exist. So he rushes back to tell the community but is soon banished from the village by the Stonekeeper for telling lies. Prompted to prove what he saw, Migo goes in search of the truth with some help from Meechee and her friends.

It’s the comedy that grabs you first in Smallfoot, with simple but very effective constructs that really give the film an identity. Before long Migo comes to a human village and has a chance encounter with a wildlife documentary filmmaker who has lost his integrity named Percy Patterson (James Corden). This chance encounter is hilarious and sets the tone as we learn that each one can’t understand the other’s language. So after a serious of misunderstandings, Percy decides to record what he sees as a way of winning back his career. But more secrets will unfold that place the Yeti’s in grave danger – how will Percy react?

Smallfoot creates convincing and engaging relationships at its core. From the sweet father-son dynamic of Migo and Dorgle to the friendship cultivated by Meechee, Gwangi (LeBron James), Kolka (Gina Rodriguez), and Fleem (Ely Henry) who secretly make up the Smallfoot Evidentiary Society (S.E.S.), all of these characters have a genuine purpose in the movie. The supporting cast all do a spectacular job breathing life into this beautifully rendered animation. Even James Corden is good as Percy, and his back and forth with Migo is brilliant. But the star of the show is without doubt Channing Tatum who brings an energy and wide-eyed wonder to the role, making Migo an infectiously-sweet character you’ll instantly love.

Kudos to the creative team behind Smallfoot for delivering a nice slice of feel-good fun at these troubled times. Go and see it with the whole family and you’ll leave the cinema with broad smiles on your faces and a skip in your step. Throw in a remarkable amount of good musical numbers and your toes will be tapping happily in the aisles. Let’s hope we get a sequel soon because Smallfoot is a fabulous family adventure that sparkles with comedy and heart.