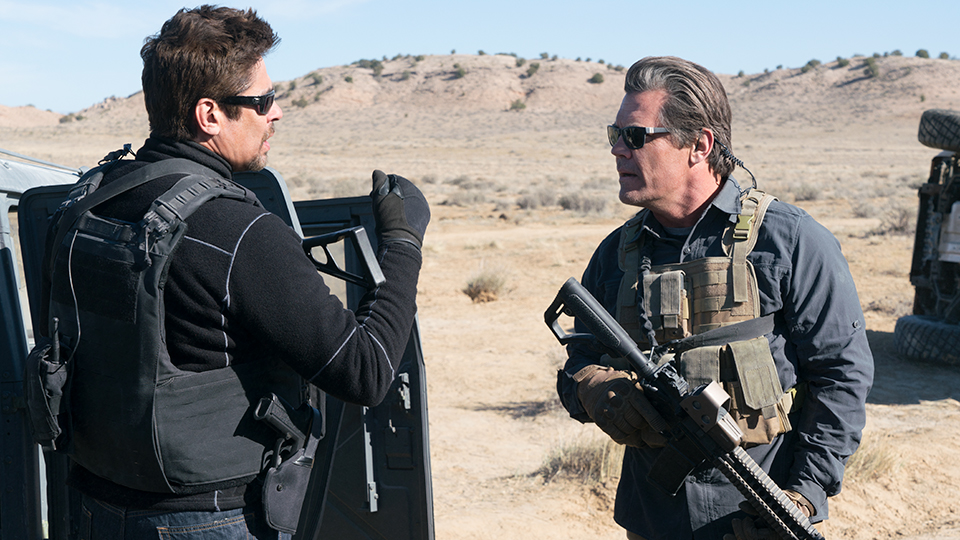 In Sicario 2: Soldado, the merciless drug war reaches new extremes as cartels begin trafficking terrorists across the US-Mexican border, pushing law enforcement to the brink of morality in order to end the terror.

When the US government begins to suspect that cartels are trafficking terrorists across the border, federal agent Matt Graver (Brolin; Sicario, Avengers: Infinity War) calls on the mysterious hitman Alejandro (Del Toro; Sicario, Star Wars: The Last Jedi) to escalate the war in nefarious ways. Alejandro kidnaps the wanted kingpin’s daughter (Moner; Transformers: The Last Knight) to inflame the conflict, but when the girl is seen as collateral damage, her fate will divide the two men and push them to question what they are fighting for.

Sicario 2: Soldado is directed by Stefano Sollima (Gomorrah) and it’s an uncompromising, unflinching look into the ruthless world of drug cartels – and the extremes that some will go to end the terror.

The Blu-ray and 4K UHD special features are: