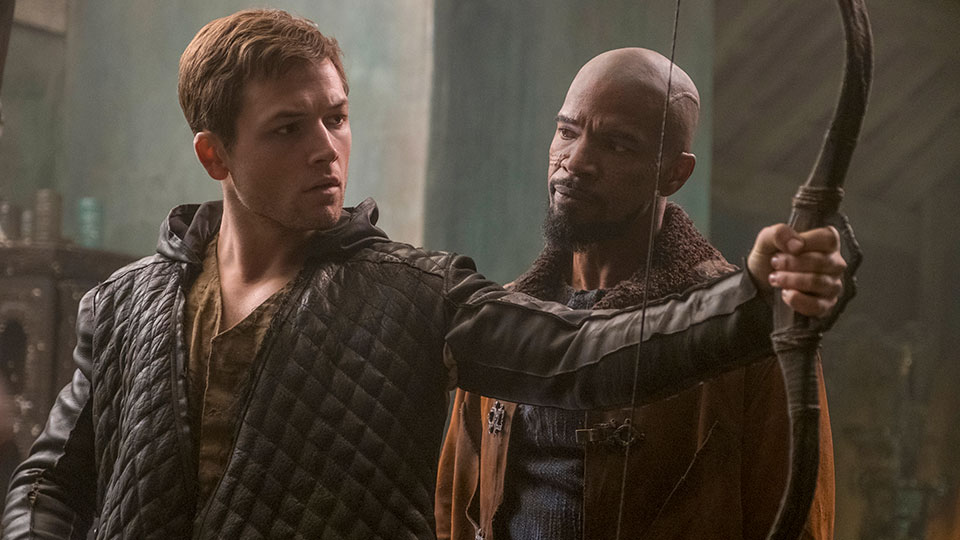 The new trailer has arrived for Robin Hood along with the unveiling of the film’s main poster.

Taron Egerton (Kingsman: The Secret Service) plays the titular character in this reimagining from director Otto Bathurst (Peaky Blinders & Black Mirror). Take a look at the trailer below:

In the trailer we see Robin fail during a mission and hit rock bottom. He’s convinced to clean up his ways by Little John (Jamie Foxx) and rises from the ashes to become the legend we all know him to be.

We also get a few glimpses of Tim Minchin as Friar Tuck, Jamie Dornan as Robin’s half-brother Will Scarlet, Ben Mendelsohn as the nefarious Sheriff of Nottingham, and Eve Hewson as Maid Marian.

Robin of Loxley (Egerton) a war-hardened Crusader and his Moorish commander (Jamie Foxx) mount an audacious revolt against the corrupt English crown in a thrilling action-adventure packed with gritty battlefield exploits, mind-blowing fight choreography, and a timeless romance.

The new poster features a hooded Robin holding two bunches of arrows with his face partially covered. Take a look below:

Robin Hood has a screenplay by Ben Chandler and David James Kelly. It will be released in UK cinemas on 21st November 2018.

Advertisement. Scroll to continue reading.
In this article:Robin Hood