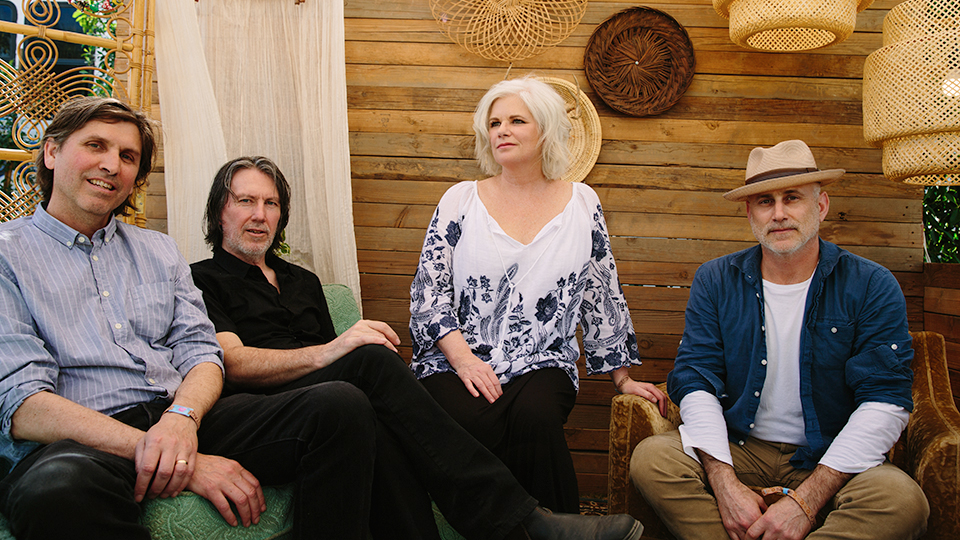 The haunting black-and-white clip features a series of disjointed, often grainy images – including a woman swimming underwater, a castle in a forest and a group of girls dancing – as the yearning ballad plays in the background. The video was created by Lynne Kittredge-Fox and Todd Knight, using archival and public domain images and film to highlight the ‘fairytale’ aspect of the song.

Mountain Stream is taken from Cowboy Junkies’ latest album, All That Reckoning, which is out now via Proper Records and is their first new recording since 2012’s The Wilderness. Songwriter and guitarist Michael Timmins says: “It’s a deeper and a more complete record than we’ve ever done before. We’ve always tried to make records that are relevant to who we are as people. … These songs are about reckoning on a personal level and reckoning on a social level.”

Alongside the release of the video, Cowboy Junkies have also announced they will be playing three dates in the UK in November. The short tour will begin in Glasgow on 9th November and will also visit Manchester and London.

Cowboy Junkies is made up of siblings Michael, Peter and Margo Timmins, alongside Michael’s lifelong friend Alan Anton. The band formed in Toronto in 1985 and released their breakthrough second album, The Trinity Session – named after the church where it was recorded – in 1988. It won critical acclaim from the likes of Rolling Stone and the Los Angeles Times, and was named as one of the 1001 Albums You Must Hear Before You Die in 2005. Since then the band have released a further 14 studio albums, as well as five live recordings.

See Cowboy Junkies in the UK this November:

Advertisement. Scroll to continue reading.
In this article:Cowboy Junkies