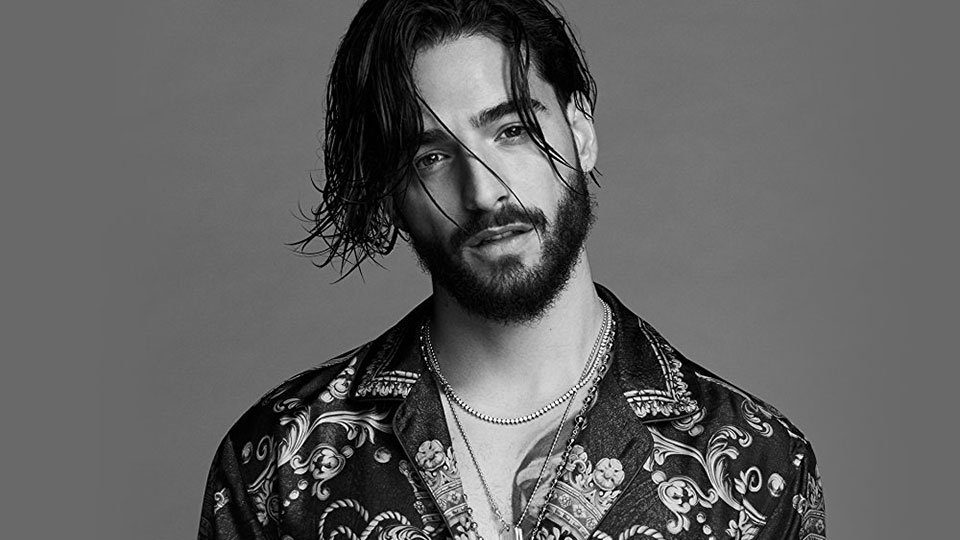 At only 24 years of age Colombian singer Maluma is one of the hottest musicians in the world right now. With two number one albums on the US Latin chart and an ever-increasing number of Top 10 hits, the star is following in the footsteps of fellow Latin ground-breakers Shakira, Ricky Martin and Marc Anthony. Maluma latest album F.A.M.E., released earlier this year, has been his biggest release to date making headway across the world and moving him closer to becoming a true crossover superstar. He’s currently in the midst of the European leg of his epic F.A.M.E. World Tour and last night he took to the stage at The SSE Arena in Wembley.

A year and a day to his last show in the UK, which took place at Shepherd’s Bush Empire, Maluma returned to London and this time he brought a much bigger production with him. Arriving on stage at 9pm to a very, very lively crowd Maluma launched into 23, one of the tracks the formed part of his online short X (The Film). Looking every inch the superstar with sunglasses on, his long hair tied back and dressed so dapper he’d make Justin Timberlake jealous, Maluma made his way down the stage, which extended into the audience, and worked it like a pro.

Performing for an impressive, and solid, 2 hours Maluma delivered selections from latest album F.A.M.E. and 2015’s Pretty Boy, Dirty Boy along with some of his buzz tracks and collaborations. The first crowd explosion of the evening came on Vente Pa’Ca, a song originally recorded with Ricky Martin. Backed by several long-legged and beautiful dancers, Maluma brought South America to London for the evening and turned The SSE Arena into a giant party.

Maluma’s music spans reggaeton, Latin trap and pop as well as more traditional Latin sounds. For Marinero he was lifted into the air on a platform that hovered above the audience giving everyone in the arena a good look at the singer. It was also one of the best vocal moments of the night and served to prove that behind the suave outfits and cool exterior, Maluma is a mighty fine singer. At one point he got his dancers to bring a girl on stage to sing to but she was quickly escorted off when she wouldn’t sit on the stool provided and acted a bit oddly. Maluma picked another girl from the crowd, serenaded her and gave her a kiss at the end. You can see why women love him.

Elsewhere in the set Maluma performed two of his Shakira collaborations, recent single Clandestino and the monster smash Chantaje (he also mashed up Trap with his buzz track GPS during the encore). Current single Mala Mía sounded incredible as its seductive best pulsated through the arena and the one-two punch of Party Animal and Carnaval whipped the audience into a frenzy ready for the three-song encore.

For the encore Maluma slipped into the last of his costume changes and slicked his hair back once again after letting it flow freely during the mid-section of the show. He launched into Felices Los 4, which got an extended edit for the live show, before moving on to a mash-up of GPS and Trap. Maluma ended the evening with Cuatro Babys and at the end of the song he dropped to his knees, took his shirt off and said his goodbyes as the audience went wild.

I’ve seen a lot of live shows in my time but this ranks as one of the finest. Maluma is on the fast-track to becoming a global superstar and last night he showcased why his star has rocketed in the past few years. He oozes confidence, is an incredibly charismatic performer and has seemingly endless energy. Maluma danced his socks off, sung his heart out and put on one hell of a show. Despite being in an arena, the show felt intimate and special, and Maluma more than lived up to the hype that surrounds him.