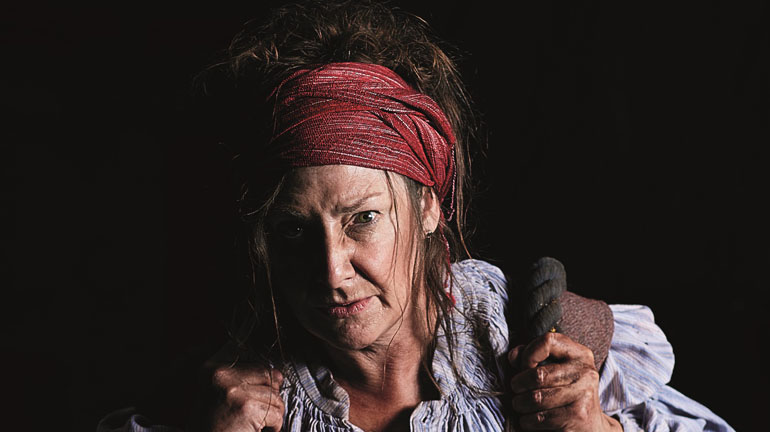 In the first classic play to be staged by Red Ladder in its 50 –year history, Rod Dixon’s production for the company’s landmark anniversary re-examines the relevance of Brecht’s 20th century masterpiece for today.

Echoing the contemporary refugees’ universal displacement, Mother Courage and Her Children asks urgent questions surrounding the stigma and fear of immigration and the effects of war. It integrates a professional cast and community chorus, with Red Ladder supported by Leeds Playhouse as a Theatre of Sanctuary for refugee and asylum seekers in Leeds, and working with local organisations MAPS – the Leeds City Council migrant support service – Open Source Arts, and Leeds Asylum Seeker Network.

Pauline said: “Mother Courage is one of the great, iconic roles and to have this opportunity to play her is a particular thrill for me. I am excited to introduce whole new audiences to Brecht, a challenging and brilliant playwright who provokes and enriches us with his work. I am an actor who has always had a leaning for the Left and therefore Red Ladder and myself are a very natural match. I can’t wait to get started on this sprawling delight.”

She is joined by Bea Webster, making her professional debut as one of the first actors to graduate from the only UK performance degree for d/Deaf performers, at Royal Conservatoire of Scotland.