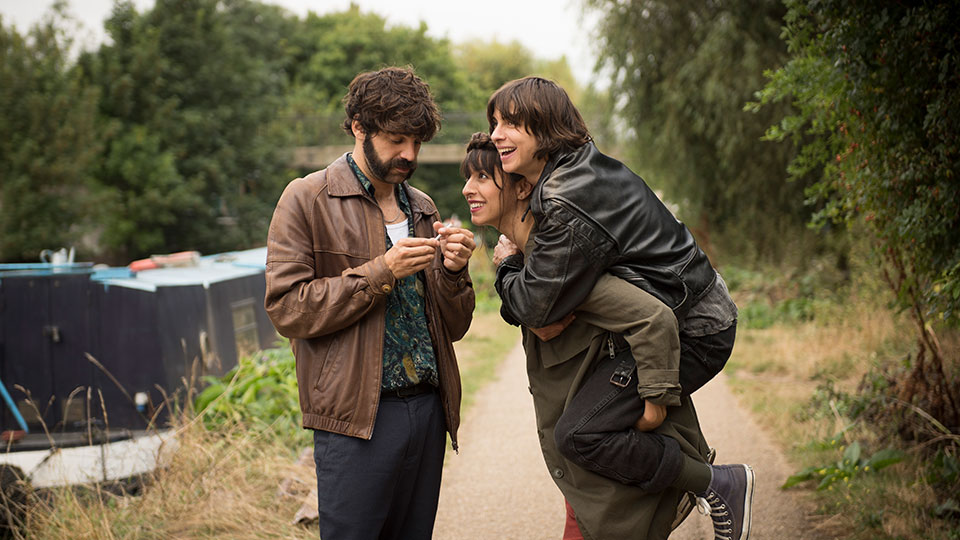 Couple Kat (Natalia Tena) and Eva (Oona Chaplin) live on a canal boat together and enjoy their carefree bohemian lifestyle. Their peace is interrupted with the arrival of their friend Roger (David Verdaguer) from Spain, who is going to live with them for a while. One drunken night the three discuss the possibility of having a child together but the next morning Kat is freaked out by the idea. Eva and Roger want to pursue their idea and slowly talk Kat around, but is the friendship and Eva and Kat’s relationship strong enough to survive?

Anchor & Hope is the latest film from Carlos Marques-Marcet, who previously worked with Natalia Tena and David Verdaguer on 10.000km. A timely film, Anchor & Hope looks to explore the ever-changing face of the modern family in a world where 2.4 children is fast becoming an old tradition. Marques-Marcet touches upon a variety of issues such as same-sex couples conceiving and raising children, having a three-way relationship (that’s not based on sexual intimacy) and challenging the idea that family must be a man, a woman and their children.

With society currently in the midst of questioning if there is a norm any more, in regards to many areas of life, Anchor & Hope is sure to strike a chord with its target audience. The film is aimed at the millennials and the generations after them may find some of its subject matter hard to take. It presents an interesting exploration of a couple that has been together for a long time without ever really discussing or facing up to their different wants and needs. Kat is happy to keep on keeping on the way she and Eva are, while Eva awakens rather quickly to the idea of motherhood and can’t let it go.

As the film progresses Eva grows closer to Roger, who decides he wants to be more than just a sperm donor when it comes to the child he may father, and that creates division among the trio. Eva and Roger start to behave like a couple while Kat almost entirely removes herself from the situation rather than deal with it. The cracks start to show and once they appear, they deepen rapidly.

The three leads are brilliants. Chaplin, Tena and Verdaguer are believable in their roles with Tena in particular really digging into the complex layers of her character. Even though Kat appears to be a very surface-level thinker, Tena adds more weight to the role and when things go south, she’s in her element displaying some fantastic character work. Geraldine Chaplin has a small supporting role and she’s a joy on screen.

Anchor & Hope won’t be for everyone. I found the pacing a little plodding at times and the story drawn out in places. The ending rushes for a resolution and I felt it undermined the premise ever so slightly. Still there’s much to enjoy and the performances are reason enough to watch it. Anchor & Hope raises some interesting topics and it presents a romantic drama in a way most audiences won’t have seen before, and for that it should be applauded.