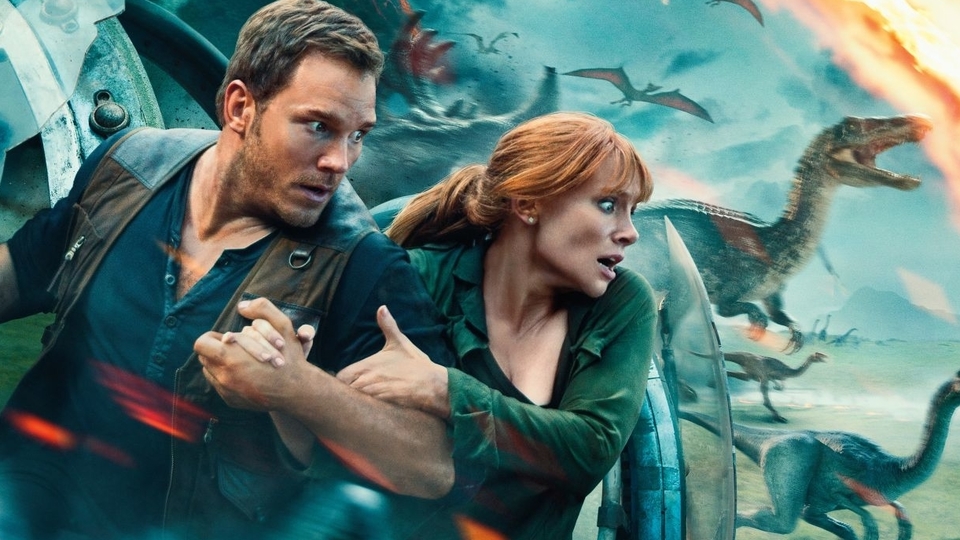 Your enjoyment of Jurassic World: Fallen Kingdom lies squarely with how you are approaching this summer blockbuster. Long gone are the days of the first Jurassic Park movie – a modern masterpiece of storytelling and spectacle that pushed boundaries and offered something genuinely new. The Jurassic World franchise is a more visceral beast, delivering quick wins and stunning set-pieces that impress, but where character development and groundwork matter little. Jurassic World: Fallen Kingdom does the basics right and undeniably delivers an entertaining movie. It also tries to move the franchise into new waters which is commendable. The end result is a film that doesn’t build upon the potential of the set-up, but will please dino-fans looking for a quick-fix nonetheless.

It’s been a few years since the events of Jurassic World and the dinosaurs left wandering the island are now facing extinction at the hands of a volcano at the brink of eruption. Activists claim that these species deserve to be saved but others say their time has come (again) to be destroyed. Claire Dearing (Bryce Dallas Howard) is one of those activists, and is convinced by a rich old friend of Richard Hammond named Benjamin Lockwood (James Cromwell) to return to the island to try and rescue some species, especially Blue – the Raptor that Owen Grady (Chris Pratt) trained from young. So Claire reconnects with Owen and they both return to the ruins of Jurassic World, but their good intentions are soon exploited by a rich businessman looking to sell the dinosaurs on the black market.


Chris Pratt feels a lot more comfortable as Owen this time around and shares a good chemistry with Bryce Dallas Howard’s Claire – a story that yearns for a decent writer to explore in greater depth. Justice Smith is a bit too flat to make an impression as tech wizard Franklin but Daniella Pineda offers some hope as a feisty medical professional named Zia. James Cromwell is woefully underused, as is Jeff Goldblum who is only in it for minutes in a cameo role as Ian Malcolm. Rafe Spall is a cartoon villain alongside Toby Jones, Ted Levine and BD Wong who all deserved much more from the script.

Director J.A. Bayona brings his brand of darkness to the franchise and that’s a welcome sight. Putting aside the ridiculous premise of the final act, having dinosaurs roaming around in a massive mansion does allow him to conjure up some terrifying treats. As the trailer shows, the dinosaurs get auctioned off on the black market and it’s ludicrous. Don’t think too much about this part because it just poses too many silly questions. Also the prices quoted for these rare creatures are remarkably low – you could buy a one of a kind dinosaur or a 4-bed semi-detached in Islington for roughly the same money.

As mentioned before, the spectacle and the set-pieces are impressive and to experience this in the best way, I urge you to watch Jurassic World: Fallen Kingdom in IMAX. It’s a format that lends itself perfectly here, and is really how films like this should be enjoyed where possible. The clarity of the picture and the sheer scale of the print makes the whole movie-going experience immersive and incredibly entertaining. It’s safe to say IMAX really comes into its own during the Isla Nubla escape sequence and the volcano eruption.

Jurassic World: Fallen Kingdom is a bit silly but if you go in wanting to enjoy the ride, you’ll be thoroughly entertained. It brings back a few darker elements, it sets up a story for a third Jurassic World film and be sure to stay until the very end credits for a final sting that suggests even more carnage and spectacle in a very interesting environment.