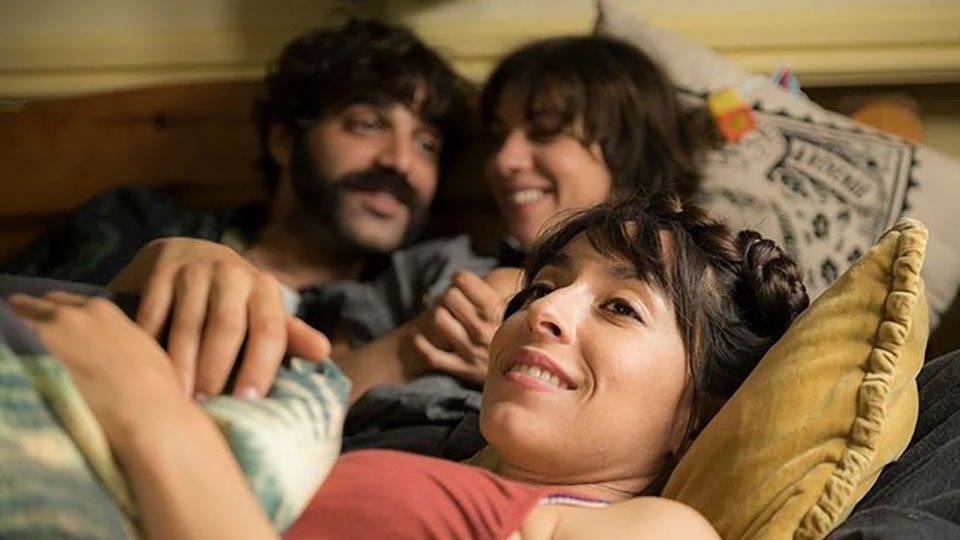 The bittersweet drama explores a host of contemporary themes including surrogacy, adoption, same-sex relationships and what it means to be a parent in the modern world.

In their mid-30s, Eva (Oona Chaplin) and Kat’s (Tena) humble, yet carefree, lifestyle in their London canal boat gets turned upside down when Eva presents Kat with an ultimatum: she wants a child. Kat resists, knowing that it will end the bohemian lifestyle she’s always envisaged with Eva. When Kat’s best friend, Roger (David Verdaguer), drops in from Barcelona to party with the ladies, however, the three of them toy around with the idea of creating a baby together.

Director Carlos Marques-Marcet says “Where does the desire to have kids come from? I am thirty, the age that biology obligates you to confront one of life’s most important questions: Do I want to have kids or not? And another question comes with it: Is there any other way of having a family that differs from the image I have known throughout my life? The story stems from a mixture between all of the lives of the filmmakers, screenwriters, and actors. For instance, the idea of setting the movie on the London canal arose from the fact that our actress, Natalia Tena, lives in a boat- house there. By fusing our personal and professional lives, real and imaginary, I hope to reveal the kind of truth that only appears in the process of making a movie; I hope to capture that magical point at which character and actor completely fuse into one.

The canal is a character of its own in the film, playing many different roles: a home, a passageway from one place to another, a symbol of freedom at times, a symbol of separation at others. This fluid universe of water and boats contrasts with the intensity of the manic “dry land” London as an important visual motif. The waves of the canal, sometimes choppy and sometimes peaceful, reflect the wants, desires, and needs of those who live on top of it as they navigate their love for one another.”

Anchor & Hope will premiere in UK cinemas on 28th September 2018.