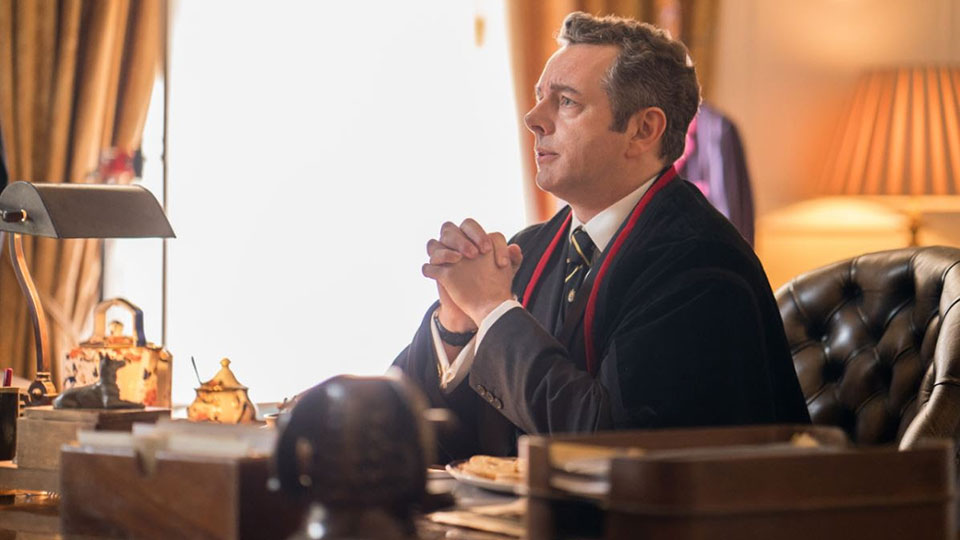 A new video has been released for Slaughterhouse Rulez featuring star Michael Sheen.

The short featurette sees Sheen in character as The Bat. In the video he addresses the school’s students saying, “Welcome good pupils of Slaughterhouse”.

He goes on to explain what the school is all about. “Our responsibility at Slaughterhouse is to uphold our high standards of academic excellence coupled with excellent pastoral care that will equip you to become tomorrow’s leaders.”

As the video comes to an end, The Bat tells students, “Come to Slaughterhouse and you will find a family prepared to fight for you.”

Throughout the featurette there are clips from the film that contradict pretty much everything The Bat is saying, teasing a gory horror comedy.

Welcome to Slaughterhouse, an elite boarding school where boys and girls are groomed for power and greatness… and they’re about to meet their match. This ancient and ordered world is about to be shaken to its foundations – literally – when a controversial frack site on prized school woodland causes seismic tremors, a mysterious sinkhole, and an unspeakable horror to be unleashed. Soon a new pecking order will be established as the pupils and teachers alike become locked in a bloody battle for survival…

In this article:michael sheen, Slaughterhouse Rulez