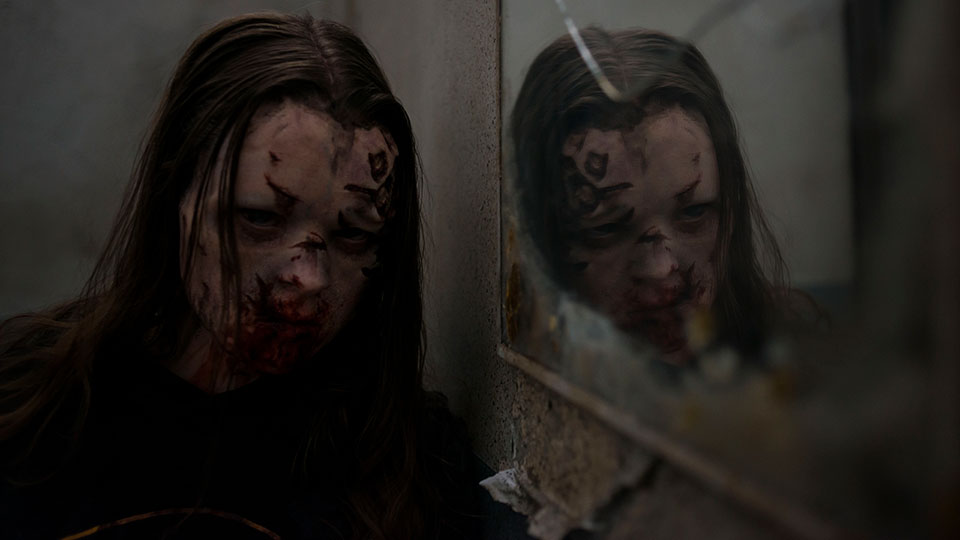 The Dark, one of the highlights of Arrow Video FrightFest 2018, will be released on DVD and Digital HD on 22nd October 2018 courtesy of FrightFest Presents.

An undead young woman, Mina, stalks the ‘Devil’s Den’ woods where she was killed. If anyone enters the woods, she kills them and feasts on the body. But when she stumbles upon a young blind boy named Alex in the back of a car, who shows signs of horrifying abuse, she can’t bring herself to kill him. As police and locals close in, searching for Alex, Mina’s growing relationship with him changes her in ways she never thought possible.

The Dark is the first film to be released under the FrightFest Presents label, which is a collaboration between independent distributor Signature Entertainment and leading genre festival FrightFest.

The film received its UK premiere at Arrow Video FrightFest 2018 in August. It’s the feature debut of writer/director Justin P Lange and was expanded from his short film.

Take a look at the packshot for The Dark below:

In this article:Frightfest, FrightFest Presents, The Dark