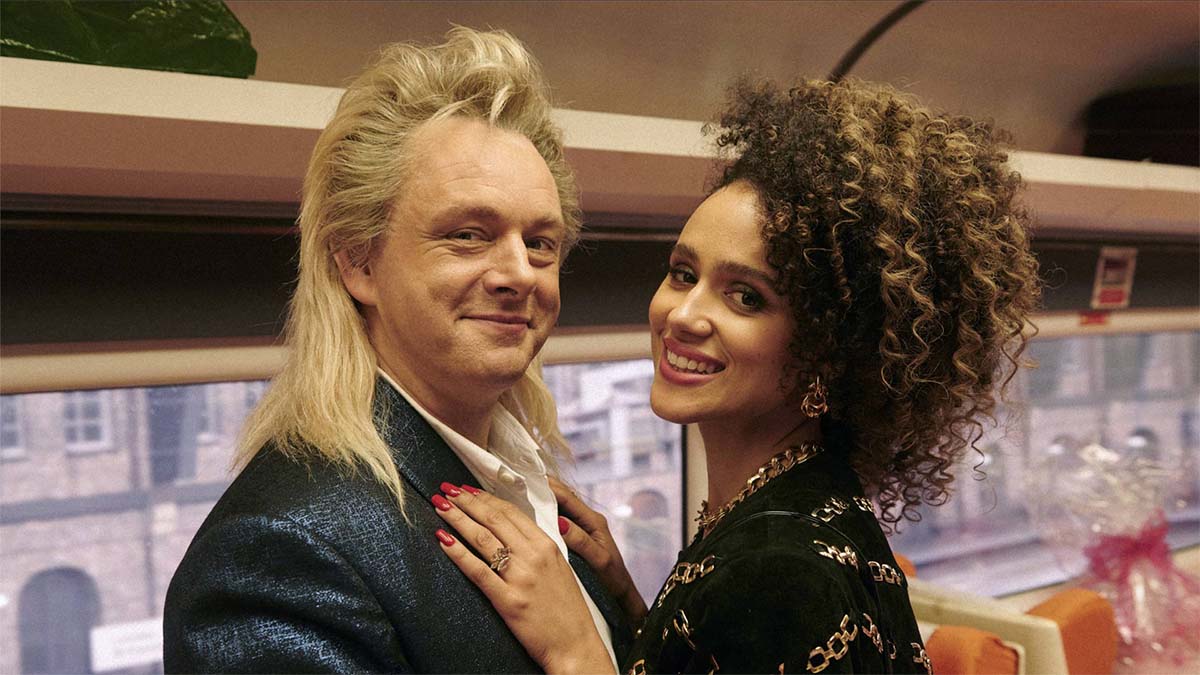 ‘Last Train to Christmas’, a brand new Sky Original film, will come to Sky Cinema and NOW from 18th December 2021.

Written and directed by Julian Kemp, the film stars Michael Sheen (‘The Queen’), Nathalie Emmanuel (‘Game of Thrones’) and Cary Elwes (‘The Princess Bride’). It is produced by Sky, Future Artists Entertainment and Stigma Films.

Tony Towers (Sheen) is about to take the trip of a lifetime. It’s 1985 and he’s a successful nightclub manager, a local celebrity and engaged to a much younger woman, Sue (Emmanuel). Things are going great. But when he embarks upon the 3:17 to Nottingham for a Christmas family reunion, things get a little strange. Moving up a carriage to the buffet car lands him in 1995, where he finds his clubs have failed and his life has fallen apart.

Tony discovers that by moving up and down this fateful train, he can transport himself forward and backward to various stages of his life. Not only that, but the actions he takes in one carriage directly affect his life in the next. The question is, can Tony change his life – and the lives of the people he loves – for the better, or will he just make things worse?

Julia Stuart, Director of Original Film at Sky comments: “At Sky Cinema we are rounding off our Christmas slate for 2021 with a film starring top British talent including Michael Sheen and Nathalie Emmanuel. This project joins other Sky Original films for the season including A Boy Called Christmas and A Christmas Number One.”

‘Last Train to Christmas’ will be released on Sky Cinema this Christmas. The film will also be available on streaming service NOW via the Sky Cinema Membership.

In this article:Last Train To Christmas, michael sheen, Nathalie Emmanuel