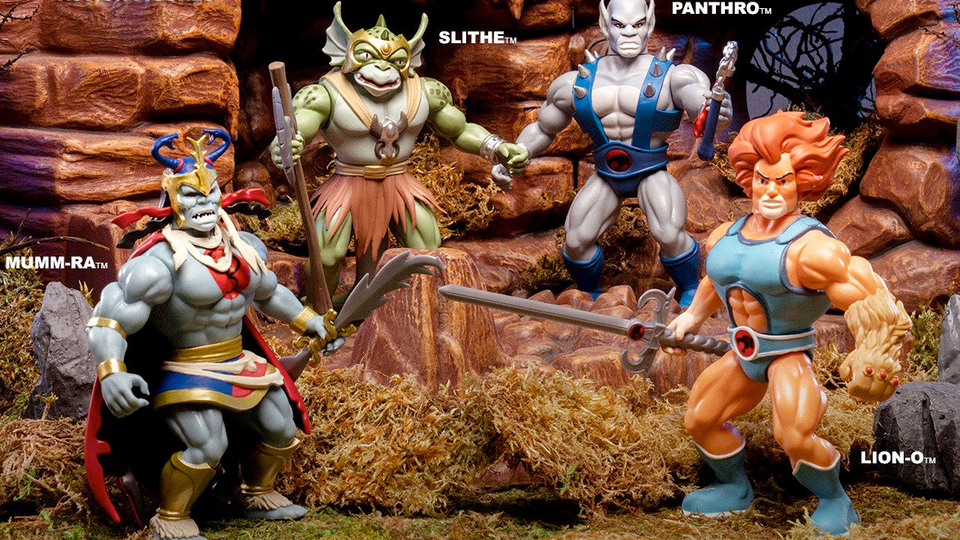 We love all things retro and it looks like the Thundercats are making a triumphant return to toy shelves.

Funko has unveiled a special new line of 5 ½ inch action figures under their ‘Savage World’ banner that pay homage to the style and appearance of the classic Masters of the Universe toys from the 1980s. The bulky, larger-than-life figures were groundbreaking when they first hit the toy world as no other action figures looked anything like them.

This new line-up of Thundercats take on that similar style with a first wave made up of four iconic characters – Lion-O, Mumm-Ra, Panthro and Slithe.

Check out the new 2018 line of Masters of the Universe figures, including He-Man, Skeletor and She-Ra

Thundercats was one of the best cartoons of all time, and also featured one heck of a theme tune. Check out the legendary opening and closing credits to Thundercats below;

As you can see from the pictures below, the figures are designed after the Thundercats classic 80’s cartoon look and not the 2011 Anime-styled version (which was an underrated show), or the newer Cartoon Network version set to debut in 2019, which incidentally looks terrible. These Thundercats are truly classic – and it’s great to finally revisit these characters in collectible form.

The best part of this is that Funko has made these figures far-reaching and at a decent price-point, even for fans in the UK. As collectible fans know all too well, the market is getting more and more expensive with the average standard action figure costing almost £20 each. These figures are already available to pre-order from UK outlets such as Zavvi, and are priced at £10.99 each.

A second wave is due soon too, with Cheetara and Tigra amongst the roster.

A Thundercats movie has always been rumoured but it seems to be that we are finally at a stage where CGI could make this look really believable. Would you like to see the Thundercats in a live-action movie? With He-Man rumoured to be joining the likes of Transformers, G.I. Joe and the Teenage Mutant Ninja Turtles in cinemas soon, it could be the perfect time for the Thundercats to spring into live action entertainment.