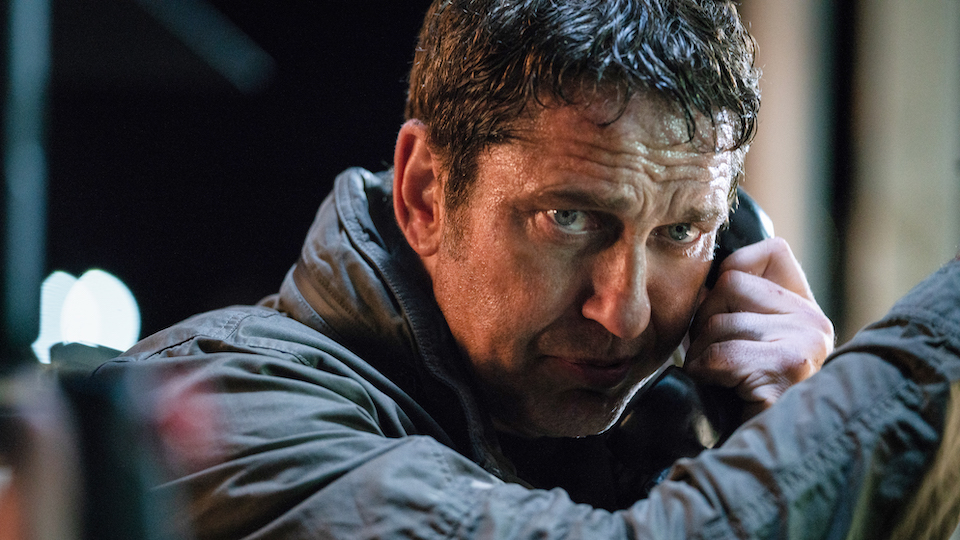 I might as well be honest from the outset – when it comes to ‘Die Hard in the White House’, I always preferred White House Down to Olympus Has Fallen. Not for the first time however, my opinion on a film was not shared with the cinema-going public. When the two films were released in 2013 the net box office spoils went to Olympus, and it therefore nabbed the lucrative sequel, of which White House Down has thus far been harshly deprived. The sequel (the dire London Has Fallen) somehow went on to make a baffling amount of money, and so here we are with this most unlikely of trilogies, concluding with Angel Has Fallen.

Dispensing with the quips and tongue-in-cheek humour that had kept the previous films ticking along, Angel Has Fallen adopts a more sombre tone. Secret Service Agent Mike Banning (Gerard Butler) is now beginning to feel the physical and psychological toil of the life he has lived, and the film attempts to explore this thematically fertile ground. Men who have been hardened and changed by war is a running motif in the script, but it never digs as deep as it could.

Angel Has Fallen sees Banning at a turning point in his career. President Trumbull (Morgan Freeman) wants him to be the new Director of the Secret Service, but Banning is keeping his mental and physical health problems hidden. When an assassination attempt is made against the President – in a wonderfully staged drone attack – Banning is framed, and must become a fugitive from the law in order to clear his name and keep the President safe.

Angel Has Fallen isn’t trying to break new ground here in the genre of action cinema. It’s just supposed to be a bit of daft fun. But it’s not really fun at all. Instead it is dull and predictable. You can see where the plot is going from the very opening scene. The whole thing is laboured, and over-edited, and utterly preposterous – not in a good way. All that being said, it does have an ace up its sleeve.

Nick Nolte turns up about half way through, playing Mike Banning’s father. He’s a Vietnam veteran with PTSD, who has been living out in the woods like a hermit, completely off the grid for decades. It is a gloriously ludicrous performance, and we get to see Nolte in full grizzly-old-fuck mode. He gives the film a much-needed shot of adrenaline every time he’s on screen, and his forest of C-4 booby traps is hilariously over the top. The final detonation to take out the goons hunting his son seems to go on forever, and left me howling with laughter.

The rest of the film strains for relevance, with a plot involving shady private defence companies, shady politicians, and shady payments into shady bank accounts made by shady anonymous Russians. But it never rises above mediocre, even with Butler and Nolte turning the film into a Poundland Last Crusade. Stick around for the whole thing however, as there is a mid-credit sting that is absolutely jaw dropping. After the two-hours of po-faced nonsense you’ve just sat through, you won’t believe what you are seeing.

The Blu-ray release comes with over an hour of special features. It’s essentially a full-length making of documentary split into short chapters focusing on everything from the development of the film, the new director, the casting, the production and costume design, the stunts, and how they shot the film in the UK and Bulgaria.