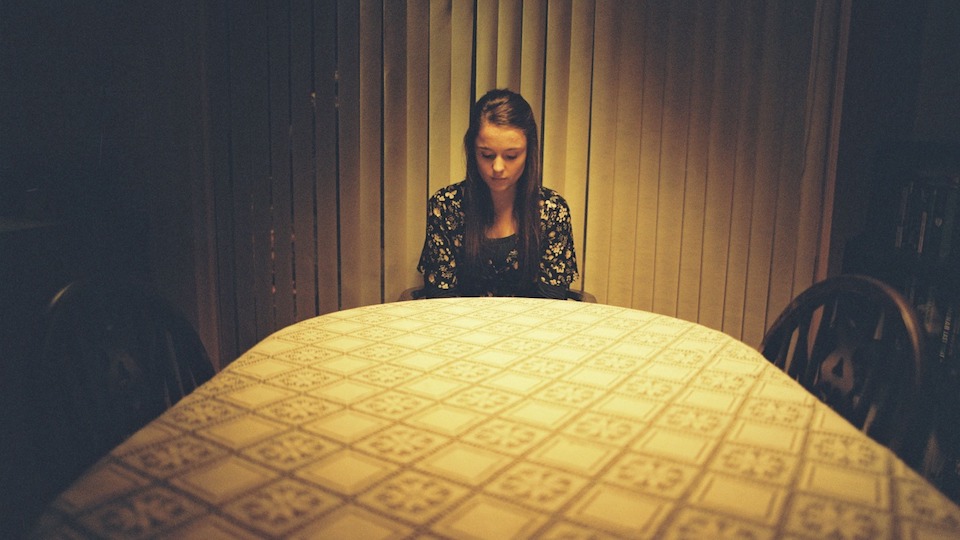 We live in an age where enlightenment is being brutally and effectively snubbed out. Pillars of knowledge, truth, fact, and science are being toppled by an almost cult-like faith in the ideals, political agendas, and the belief systems of idiots, criminals, and wannabe despots. All of which makes Daniel Kokotajlo’s startling debut Apostasy, a piercingly relevant film for these thorny and troubled times.

His canvas however isn’t the global political arena, but rather the oft-misunderstood world of Jehovah’s Witnesses. Focused with intimate precision on a single mother and her two daughters living in the outskirts of Manchester, Apostasy is a thrilling and captivating examination of faith. Based on Kokotajlo’s personal experience growing up within this religion, Apostasy asks the question of what does it cost to remain true to a set of fundamental beliefs which require so much of the individual.

So yes, this might sound rather heavy, and yes you might need to Google the title, but please don’t be put off. It is tough to watch at times, and this is certainly intentional from the filmmakers. Filmed in a traditional 35mm photographic film ratio, giving the film a more boxed-in and claustrophobic feel, cinematographer Adam Scarth drains the image of any vibrancy, and frames the characters in off-kilter portraits, reflecting their internal struggles. However, the film has been written and directed with such care and focus, and the performances are so powerful and believable, Apostasy despite its niche setting is a film to which we can all relate.

Ivanna (Siobhan Finneran) and her two grown-up daughters Alex (Molly Wright) and Luisa (Sacha Parkinson) are devout Jehovah’s Witnesses. They attend meetings at their local Kingdom Hall where they listen intently to the fire and brimstone sermons of Armageddon, and are taught that only those faithful to the true word of Jehovah will survive his judgement. Alex and Luisa’s world is closed off and distrustful of secular society, modern life, and the sinful lifestyles of those outside the church.

Alex, the younger and most devout of the two sisters is beset with crises of faith and shame. She suffers from a rare and extreme form of anaemia, and when she was a baby she needed a blood transfusion or she was going to die. Against the wishes of her own family and the church elders, the doctors carried out the transfusion and saved her life. Alex now believes that she is essentially damaged goods in the eyes of God, and therefore won’t be one of the chosen.

Her older sister Luisa goes to college where she interacts with people outside the church. When she reveals that she is pregnant, she is banished from the church for her transgression, and labelled as a wrongdoer. The church also demands that she be shunned by her own family, lest they be tarnished by her sin. They cannot have contact with her until she atones and is reinstated.

The performances from Finneran, Wright, and Parkinson are tremendous. Molly Wright (who I discovered went to the same Sixth Form as me – though many years apart) is fantastic in her first film role. A shy and innocent girl, who has known nothing of life beyond the dogma of her faith, Wright subtly reveals the hardened resolve of Alex’s beliefs, and breaks your heart in the process. Siobhan Finneran is terrifyingly good as mum Ivanna. Her blank, pious stare worn like a mask that almost never slips. A part of you wants to know what lies beneath, and to discover how she ended up in the church, but the rest of you is too afraid to ask.

The final piece in this puzzle is Sacha Parkinson, so brilliant and convincing as Luisa – the young girl who doesn’t want to disappoint anyone, who wants to remain part of the community and stay with her family. But she has seen just a little bit too much of life beyond the confines of the church and has too many questions and opinions for the liking of the elders.

Kokotajlo makes a stunning narrative decision at the end of the second act, upending the entire story and hitting you with an unbelievably emotional gut punch in the process. It is a shocking and brave choice by the filmmaker, and makes for a devastating third act. Quite frankly, I wasn’t prepared for it. The final scenes will chill your blood.

The DVD release of Apostasy comes with a feature length audio commentary from Daniel Kokotajlo and members of the cast. There’s also a short selection of deleted and alternative scenes. Additionally there is a short featurette of gods-eye behind the scenes footage. Finally there is a comprehensive set of interviews with Siobhan Finneran, Molly Wright, and Sacha Parkinson.