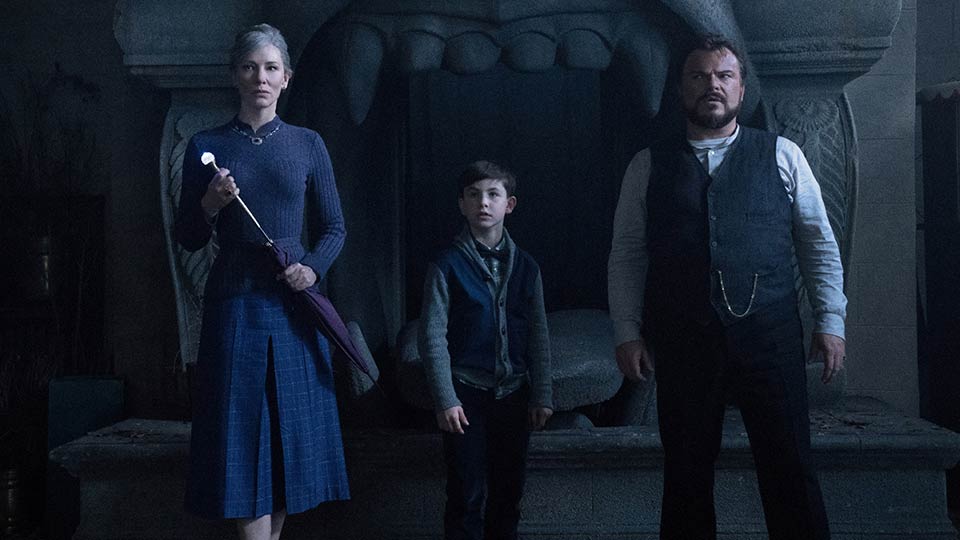 Master of schlock horror Eli Roth? And Supernatural creator Eric Kripke? Making a kid’s movie?? Yes, you read that correctly. Believe it or not, the two have indeed collaborated on an adaptation of John Bellairs’ magical children’s book, The House with a Clock in Its Walls, which tells the story of Lewis, an orphan boy who discovers his Uncle Jonathan is a Warlock and the house they live in is part of another Warlock’s ultimate plan to destroy the world.

With an impressive list of horror credentials spread between them, Roth and Kripke’s involvement in the project is inspired. Roth, an accomplished if somewhat divisive director in the field of gore-soaked exploitation, endures the limitations of the family-friendly movie trappings well, though there is an unescapable feeling that he is playing it safe for the most part, never pushing the boundaries in terms of scares as much as he could or should. There are some creepy moments scattered throughout, but the overly whimsical tone does dilute proceedings a bit too much.

That said, the direction is excellent in terms of both character and emotion. Roth casts the film perfectly, with Jack Black in the guise of eccentric Uncle Jonathan and Cate Blanchett as Jonathan’s trusted friend and fellow-witch Florence. Their bickering and snarky back-and-forth is a delight, ensuring some wonderful comedic moments that serve to strengthen the chemistry between the characters, whilst there are some more poignant moments later on that both actors excel with.

A-List talent aside, what truly stands out here is Roth’s talent when it comes to casting and directing the film’s child actors. Owen Vaccaro as Lewis Barnavelt is particularly superb from start-to-end, delivering the full gamut of emotions in a manner that is both involving and convincing. The script may demand the character cries a bit too much for some people’s tastes, but Vaccaro underpins every scene with a confidence and bravado that is impossible to dislike.

Heavy on visual effects and action set pieces, the film has more than enough to entertain the younger audience. And despite the restrained feel of proceedings, there are some brief story elements and visuals that do take things to a darker, more sinister level (not least the antagonist’s appearance and character arc). No doubt, these moments are given much of their scare-power thanks to Roth’s direction and Kripke’s script, though only the smallest of tots will likely find things too much to handle.

The overall result is a somewhat peculiar affair that never quite hits the mark as far as the older audience is concerned, but entertains nonetheless. As a children’s film, it certainly has its charms, with some funny moments and a tiny bit of toilet humour to keep kids engrossed, plus an array of big CGI set pieces and stunts. More adult themes are alluded to subtly, whilst the performances from the leading actors never venture into the realms of OTT. This, coupled with the assured and skilful direction, lends the overall package some degree of maturity, even if proceedings never quite up the fear-factor enough.

With a bevy of talent behind it, The House with a Clock in Its Walls is a nice, if somewhat tame, Halloween treat for the whole family.

In this article:Cate Blanchett, Eli Roth, Eric Kripke, Jack Black, Kyle MacLachlan, Owen Vaccaro, The House with a Clock in its Walls