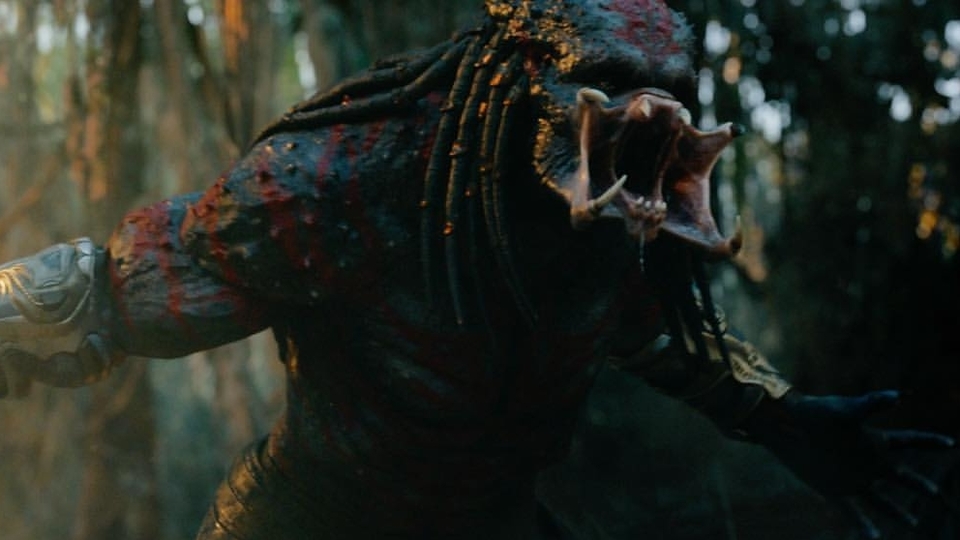 The Predator has only just landed in cinemas and IMAX 3D around the country, but you can now pre-order the film in the form of a strictly limited-edition Steelbook from Zavvi.

Director Shane Black (whose most recent past credits include The Nice Guys and Iron Man 3) brings us a new Predator adventure that is said to restore faith in the franchise.

The 4K Ultra HD & Blu-ray Steelbook from Zavvi is exclusive to them and features a TBC orange cover based on one of the film’s advance poster campaigns.

It shows the Predator’s hand gripping his iconic mask but with a twist – there’s a spine attached! So he’s actually holding another Predator’s head!

What’s going on there?! I guess we’ll have to see the film to find out.

The Predator stars Boyd Holbrook (fresh from his genre turn alongside Hugh Jackman in Logan), Trevante Rhodes (one of the main stars from ‘Best Film’ Oscar winner Moonlight), Olivia Munn (Psylocke from X-Men: Apocaylpse) and Jacob Tremblay (the talented kid from Room and Wonder).

The official synopsis for The Predator reads;

‘From the outer reaches of space to the small-town streets of suburbia, the hunt comes home in Shane Black’s explosive reinvention of the Predator series. Now, the universe’s most lethal hunters are stronger, smarter and deadlier than ever before, having genetically upgraded themselves with DNA from other species.

When a young boy accidentally triggers their return to Earth, only a ragtag crew of ex-soldiers and a disgruntled science teacher can prevent the end of the human race.’