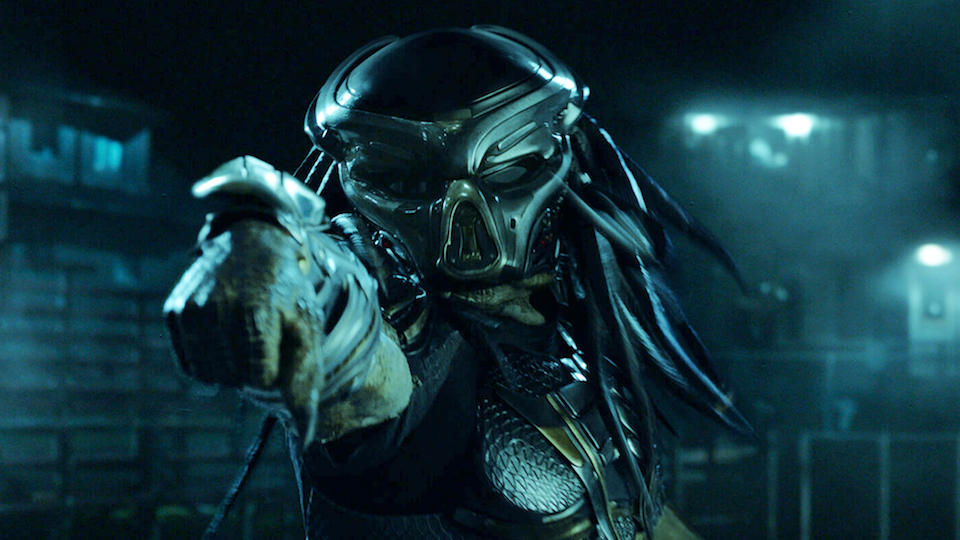 There was a real grace and simplicity about Predator – John McTiernan’s 1987 action film. A deadly alien hunts a squadron of commandos in the jungles of Central America. It’s almost perfect. It was helped of course by having great characters, phenomenal star power, and some iconic dialogue. Just to be absolutely clear from the outset, this franchise reboot – The Predator – has none of that. It is a colossal, jumbled mess of a film, and a huge misfire from writer-director Shane Black, who must have seemed like the perfect filmmaker for this job. After such recent triumphs as Iron Man 3 and The Nice Guys, this is a real blot on his filmography.

The plot is almost too convoluted to try and summarise, but here’s the setup. Boyd Holbrook is McKenna, a special-forces sniper who encounters a Predator whilst on a mission in the jungle. He takes some of the alien armour and technology and mails it to his home as proof of this encounter. He then goes on the run because the US government wants to keep this under wraps. Then there’s poor Olivia Munn as biologist Casey Bracket, who is brought in to learn more about the predators. Munn is terrific, but her character suffers worse than anyone with the terrible editing of this film. Finally there’s Jacob Tremblay as McKenna’s autistic son Rory. He opens the package full of predator goodies, which he can somehow understand and operate (because y’know, he’s autistic obvs) and then unwittingly becomes a target for the big mandible-faced bastard.

The film bounces all over the place in the first act trying to set all this up, but even after that it fails to settle into decent rhythm. It has a strong cast, but talented as they all are, they are hamstrung by the awful screenplay. There’s Trevante Rhodes, Keegan-Michael Key, Thomas Jane, and Alfie Allen, as a crew of misfit ex-soldiers assembled by McKenna. They are being tracked down by the film’s only real standout character, Will Traeger, a government bad dude played by Sterling K. Brown.

It’s not all terrible – there are a couple of nice nods to the original, little easter eggs, and cool musical cues. There are also a few moments where the script isn’t horrible, and you can actually hear some of that classic Shane Black dialogue. A recurring joke about how they shouldn’t be called Predators because they are trophy hunters is actually quite funny.

It’s a horrible looking film though. As the original proved, a little goes a long way when it comes to the Predator. And here we just have way too much dude in a rubber suit. I’m glad they kept it as practical as they did, but seeing the Predator in full light from the very start of the film just doesn’t work. It drains the film of whatever tension they could have mustered. And when they do use special effects, they look half-finished at best. There’s no scale or sweep to the proceedings. It all looks terribly flat, like a low-budget studio backlot B-movie, but with an A-list cast. I’m sorry to say this, but it is dreadful.

Of course we know that this film went through a troubled and slightly controversial production, which could certainly be a contributing factor to the incredibly haphazard final product we have ended up with. The random editing, the unexplained plot developments, characters being short-changed with horrible cutting and bizarre introductions. It reminded me somewhat of Tomas Alfredson’s The Snowman, another film that was wrecked by extraordinarily bad commercial decisions being made behind the scenes.

Ultimately, The Predator is a film of remarkable blandness, lacking in any real identity or authorial voice, which for a Shane Black film is something I never thought I’d write. The overall blu-ray package is fairly decent however. The disc comes with 7-minutes of deleted scenes, and A Touch of Black, which is a short featurette acting as both a behind the scenes documentary, as well as being a celebration of Shane Black.

Next up is Predator Evolution, a very cool documentary about the development of the Predator’s look for the new film. This is the kind of in depth, behind the scenes special feature that you don’t see very often these days outside of “boutique label” releases, and it is very welcome here.

The Takedown Team explores the characters and how they were developed in the script and then further through on-set improvisation. Considering how bad the film is, I think they probably should have just said they stuck to the script. Next on the disc is Predator Catch-Up, which is a pretty cool summation of the three previous films in the franchise, all told in ten minutes. Thankfully it ignores the Alien v Predator atrocities. The special features are wrapped up with an image gallery and a selection of the theatrical trailers.

The Predator is out now on Digital Download and on 4K Ultra HD™, Blu-ray™ and DVD 28th January, along with Predator 4-Movie Collection.