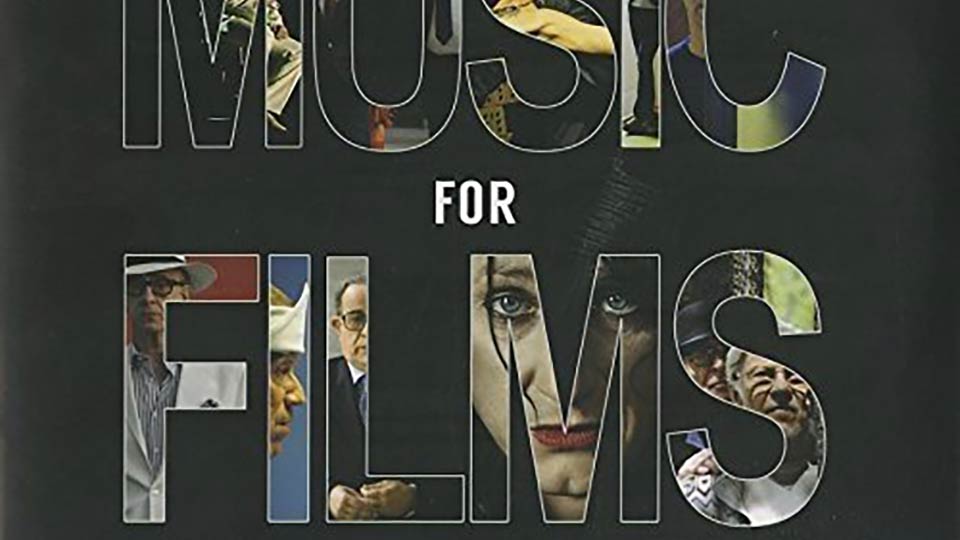 Music plays a hugely important part in films. Sometimes, as with Jaws or Psycho, musical motifs become synonymous with the director’s and editor’s best work. It’s there to create effect, to establish mood, to evoke an emotional response.

This two-disc release of music from selected Paolo Sorrentino films (a double vinyl edition is also available) is no exception – you’ll find a delightfully eclectic range of music on this release, encompassing multiple genres from classical to dance – and all of it good. By way of confession, this reviewer has only seen a few of the films featured here – but if Italian maestro Sorrentino’s works have touched your soul in some way – then the music alone is likely to draw you in.

We get off to a fantastic start with Toni Servillo singing La Notte from the film L’uomo in Piu. A compelling gravelly voice nevertheless carries a melancholic melody beautifully, and with no little passion – it’s one of the standouts of the title. Servillo returns with Lunghe notti da bar, which is similar in style, but even more rooted in regret – the high notes aren’t delivered with technical perfection – but the intention behind them is enough to raise the hairs on the neck. In between, Ce matin-la provides a change of pace. Written by Air, it contains their uplifting yet reflective and somehow nostalgic quality.

Moving into Le Conseguenze Dell’Amore, the introduction is a stunning combination of strings that recalls the work of Ludovico Einaudi, but is written by Pasquale Catalano. Lali Puna supplies the delicate, almost whispered vocals on Scary World Theory. Ornella Vanoni’s familiar 1995 song Rossetto e Cioccolato rounds out the instalments from that film.

There is a definite change of pace with the tracks from L’Amico Di Famiglia. The Notwist’s One With the Freaks recalls the Smashing Pumpkins, whilst Laurent Garnier’s The Man With the Red Face mixes dance with free style jazz. Surprisingly, it works. Two major artists – Cassius and Beth Orton, feature in Il Divo, providing it with a confident, contemporary edge, though this is rounded out with a stunning choral arrangement of Faure’s Pavane, which football fans may remember as the backdrop to World Cup ’98.

The second disc kicks off with songs from the motion picture This Must Be The Place, which starred Sean Penn. David Byrne, the brains behind Talking Heads (the pop group, not the Alan Bennett monologues), provides the title track – which is unmistakably his work. Although released in 2007, it would slot in neatly with any of his albums from his 1980s heyday. He is also credited on If It Falls It Falls, where his piano accompanies Michael Brunnock’s vocals, and on the repetitive Naive Melody. Strange, persuasive. Gardermoen returns to strings – a welcome intrusion of the classical, which continues with the choral I Lie, which has more than a whiff of incense and the confessional about it.

The upbeat is resumed with Far l’Amore, a ‘club mix’, which explains the heady dance beat behind the Latin origins. Foot-tapping, if you like that sort of thing. Everyone will recognise You Got The Love – recently popularised by Florence and the Machine. This version is by The Retrosettes Sister Band, and was used in Sorrentino’s Youth, which starred Michael Caine, no less. Not enough people know that, arguably. Mark Kozelek’s sleepy Onward is an acoustic come-down, by comparison, which is completed by a return to sumptuous strings for Simple Song which features the vocals of Sumi Jo and the violin of Viktoria Mullova. Lovely stuff.

The tracks round out on opera, having visited many musical genres in between, and yet, as a compilation, they hang together neatly. There aren’t any jarring moments – rather a near-continuous sumptuous soundscape from the mind of Sorrentino. Directors aren’t merely visual, but must appeal to all of the senses. In Music for Films, the proof of Sorrentino’s excellent ear is in evidence. It’s a selection of tracks to appeal to every emotion.