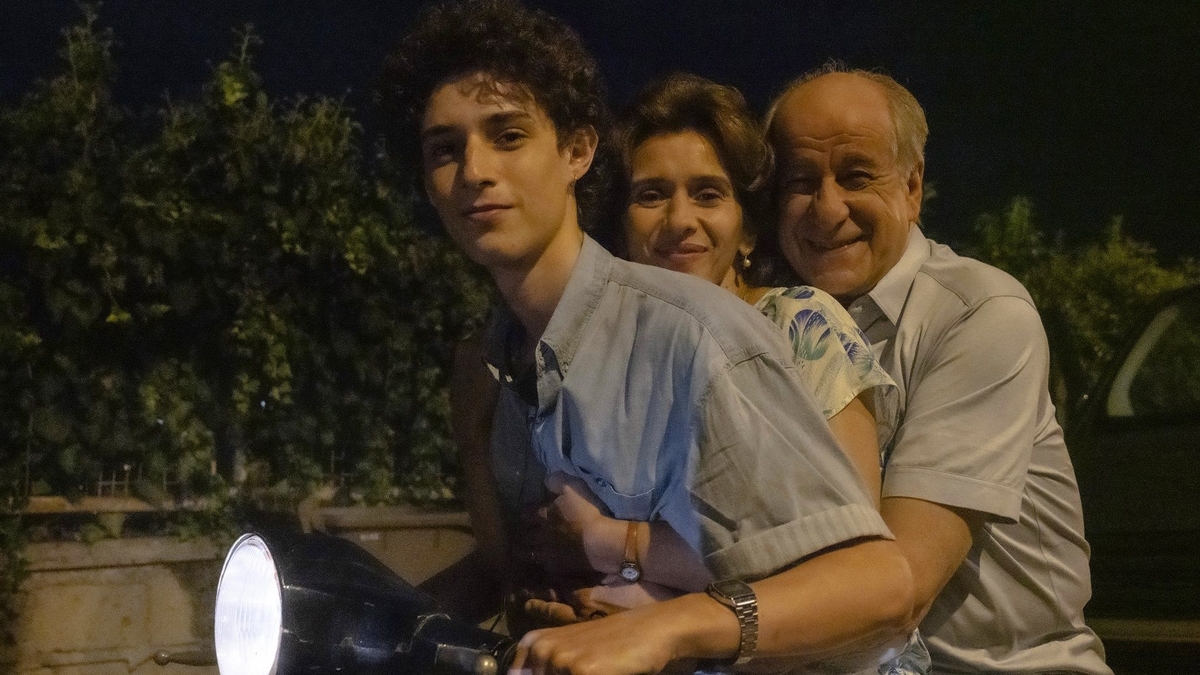 In his most personal film to date, ‘The Hand of God’ – written, directed, and produced by Paolo Sorrentino, is a layered and affecting ode to life. The drama, peppered with a liberal sprinkling of humour throughout, frames the everyday struggles of life against one of football’s greatest stars – Diego Maradona. It’s funny, uplifting, and warm – before delving into darker, and more melancholic themes. It’s a triumph from start to finish and has a bold ambition that lingers long after the end credits roll.

This isn’t a football film, for those who might feel put off by that. This uses a pivotal moment in the career of Diego Maradona as a linked narrative to a heartfelt tale of family, love, loss and the pursuit of the true meaning of life. Sorrentino has clearly infused the film with his own autobiographical references, telling the tale of a young man who is forced to face adulthood head on after life takes an unexpected turn.

I once visited Naples and witnessed first-hand how football, and especially the legacy of Diego Maradona, has left such a delible mark on the city. It’s hard to comprehend just how much Maradona has permeated through to every aspect of life in Naples. ‘The Hand of God’ does a remarkable job showcasing just how important the man was, and just how much the city loves the beautiful game.

Filippo Scotti plays Fabietto Schisa, a young man with his whole life ahead of him. Obsessed with football, he is as excited as anyone when he learns that Argentinian soccer star Diego Maradona might just sign for his club Naples. The city holds football up there with Religion, and the buzz swarming the locals is truly palpable – especially during an important summer of transition for Fabietto.

His father Saverio, played by the irrepressible Toni Servillo, and his wife Maria (Teresa Saponangelo) still have true love in their eyes, even after all these years. Fabietto’s extended family are just as eccentric as his parents, and his teenage amorous eyes have locked onto his uncle’s wife Patrizia (Luisa Ranieri), who herself is dealing with a strange occurrence that will unexpectedly change her world. To say more would really ruin the film, but it’s an amusing character study about a crazy and passionate family, who are all dealing with their own demons, but who ultimately love one another.

The ensemble are all sensational, delivering a slice of family life that has its ups and downs, but ultimately feels embracing and born from actual real life. There’s big family drama always simmering on the surface but the undeniable love for one another is perfectly captured by Sorrentino and his study of the family dynamic, where humour is never too far from tragedy. If anything, I would have liked to have spent more time with them before the film turned onto its darker course.

Filippo Scotti is both mature and affable, easily carrying the considerable weight of the film on his young shoulders, and never buckling from the pressure. He is a true star to watch out for in the future. Marlon Joubert is excellent as his older brother Marchino, with their brotherly dynamic feeling organic and sincere from the offset. The always reliable Toni Servillo (a Sorrentino favourite) once again steals all of his scenes, giving off a relatable warmth to every frame.

Teresa Saponangelo bounces off his performance as Saverio’s long-suffering, but enamoured wife Maria, with the two delivering memorable performances full of effortless rapport. Luisa Ranieri starts the film off with a bang in a curious opening sequence that certainly grabs your attention, but also gives the role of Patrizia, the attractive object of Fillippo’s lustful affection, much more substance than just eye-candy. On the flip side of that, Betti Pedrazzi’s fantastic turn as Baronessa Focale, the Schisa’s posh neighbour, will also raise a smile as she scythes her way through many memorable insults.

‘The Hand of God’ is a captivating and melancholy watch, featuring a star-making turn from Filippo Scotti. A deceptively ‘ordinary’ family story masks an ambitious and encompassing character study that will strike a chord with anyone who has suffered the highs and lows of life. From its peculiar, but very engrossing start to its shift in dynamic and its melancholic end, this is a truly heartfelt story, and one that easily captivates the viewer throughout. A fine and memorable film, from a writer/director at the very height of his powers – ‘The Hand of God’ is a must-see, life-affirming dramedy packed full of talent.