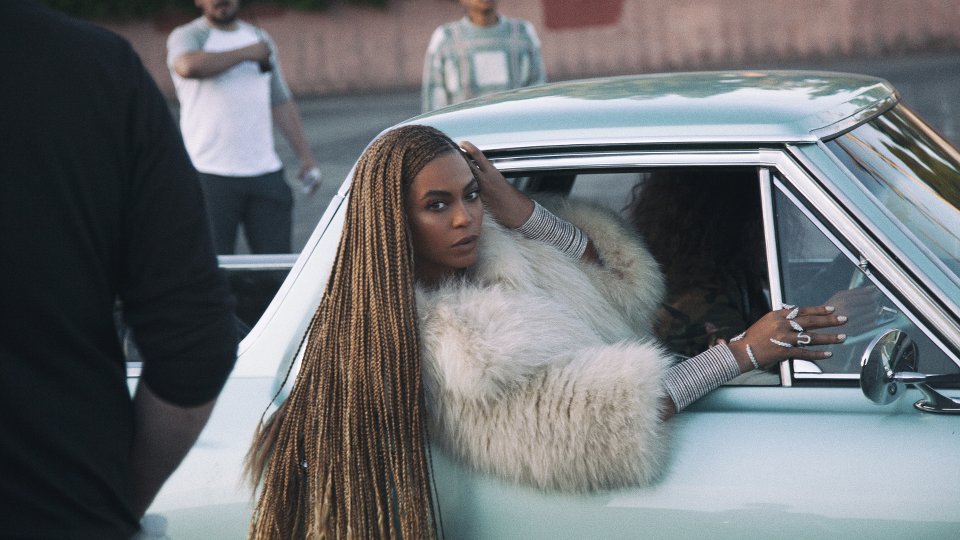 Beyonce has had an incredible career to date, with 35 solo top 40 hit singles, including 5 no.1s, plus 14 top 40 singles with Destiny’s Child. She’s released 6 solo studio albums all of which have been top 3 in the UK, with half of them taking the top spot. She’s currently on tour with her hubby Jay-Z wowing audiences with a mixture of their joint back catalogues and new material from their recent joint album Everything Is Love.

To celebrate her birthday today, we’re picking our top 5 Beyonce solo singles.  We’ll be counting down in 5…4…3…

To the left, to the left…starts this mid-tempo track about kicking out your partner and knowing that he ain’t never getting someone as good as you.  An anthem for the scorned, this track was released in 2006 as the second track from album B’Day and reached no.4 on the UK chart.  Many Beyonce fans will also know that she released a Spanish language version of this track too called Irreemplazable, in fact we think we’ve got in el Closet!

With a video that hints at police brutality, racism and black pride in a setting of post Hurricane Katrina, Louisiana, Beyonce certainly knows how to get people talking without having to say anything herself.  This track was the lead track from her 6th album Lemonade which was another surprise release which has coined the phrase ‘he/she Beyonced it’.  It took us a while to get our heads round it when we first heard it but then suddenly we couldn’t get enough of it.  It’s original lyrics and cheeky role reversal vibe, with hooks galore had us hooked.  She just might take us to Red Lobster!

Beyonce channels old skool Diana Ross or Whitney Houston on this uplifting, key-changing soul pop song from her 4th album 4.  It was the fourth single from the album and it was during a performance of this single at the 2011 MTV Awards that Beyonce unbuttoned her jacket to reveal her baby bump and announce to the world she was pregnant.  Love On Top reached no.13 on the UK singles chart.

No one can doubt the powerhouse vocals of Beyonce and Halo is one of many great ballads she’s released.  Written by Beyonce with One Republic’s Ryan Tedder and E Kidd Bogart, the track did hit a bit of controversy when Kelly Clarkson accused Ryan Tedder of using the same musical arrangement as her single Already Gone.  Beyonce’s vocals soar on this angelic record. Halo was the third single from her 3rd album I Am…Sasha Fierce and reached no.4 in the UK charts.

The first official single from her debut solo album Dangerously in Love, Crazy in Love is a stomping banger of a hit.  The video also gave us that incredible dance move where Bey and her dancers look kind of double jointed as they shake their booties to the ‘uh oh uh oh’ bits.  Nope, we still can’t do it!  Doesn’t stop us trying though!  Crazy in Love deservedly went straight to the top of the UK singles chart in 2003.

Advertisement. Scroll to continue reading.
In this article:Beyonce, Jay-Z