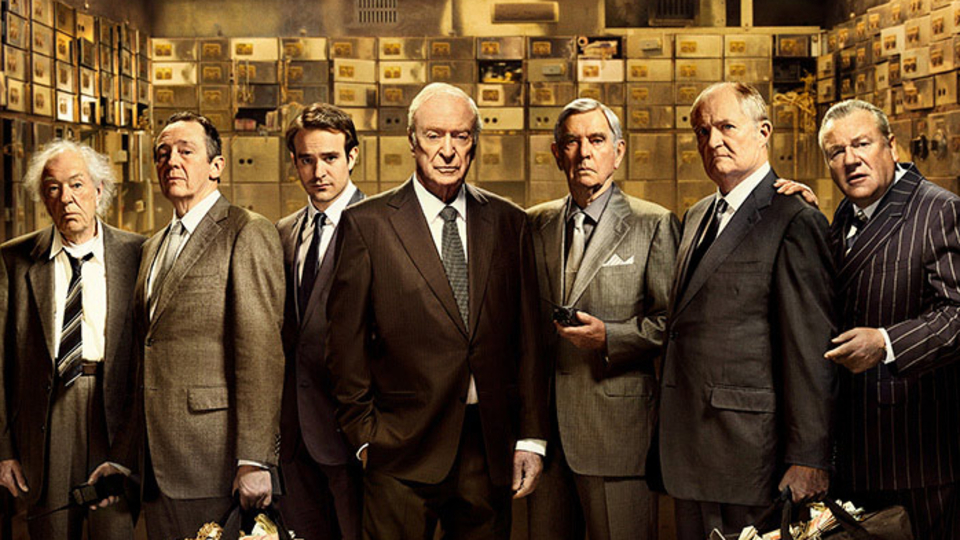 Real-life crime dramas have always been a box-office hit with the fascinated public. Now one of the most audacious robberies of all time comes to the big screen in King of Thieves, based on The Hatton Garden incident that grabbed news headlines around the world.

A series of new character posters have arrived, along with a set of movie artwork posters in preparation for the films release, which hits cinemas everywhere on 14th September 2018.

Produced by Working Title Films and distributed by Studiocanal, King of Thieves has has a streak of comedy running throughout. For that to work you need a cast of incredible actors and King of Thieves dutifully obliges. Check out this roll-call…

King of Thieves looks to take a more detailed look at the diamond heist and with its cast of A-listers, it should deliver a memorable, London-based comedy-drama that will resonate with audiences.

King of Thieves is written by Joe Penhall (The Road), directed by Academy Award winner James Marsh (The Theory of Everything), and produced by BAFTA winning and Academy Award nominees Tim Bevan and Eric Fellner (Les Miserables), alongside Ali Jaafar (The Idol) and Michelle Wright (7 Days in Entebbe).

Check out the new poster artwork for King of Thieves below;