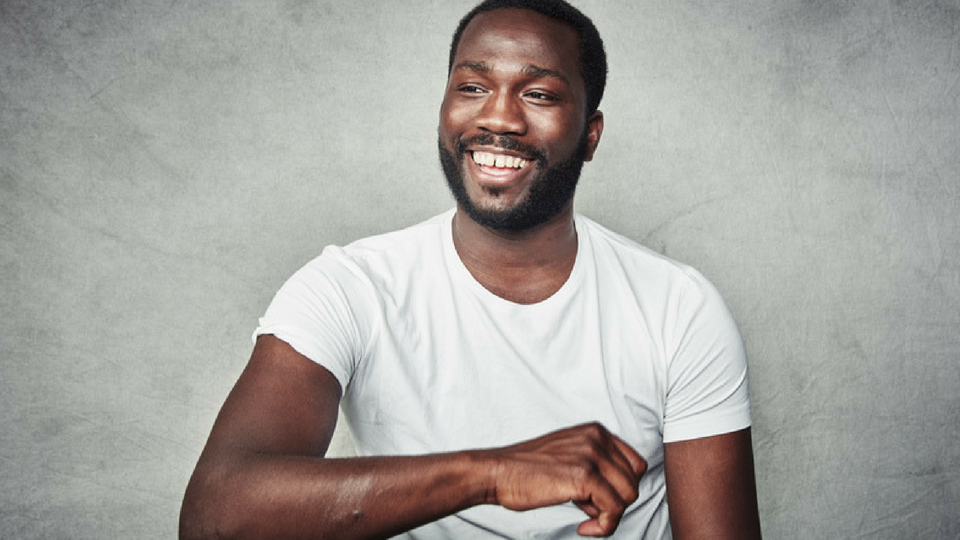 I can imagine doctors need a sense of humour at the best of times and what better way to push NHS health messages than through the medium of comedy. Obesity is the theme of junior doctor Kwame Asante’s current fringe show Teenage Heartblob and it is rooted in personal experience.

Kwame took to comedy long before receiving his calling to be a doctor. This year the two worlds have collided to produce a show. The 2017 Edinburgh Comedy Award nominee reflects on his childhood experiences of weight issues along with what he’s learned from other people’s experiences while working in the NHS.

After a busy year relocating to a Birmingham hospital as part of his hands-on rotation training and writing and previewing a show, he has hit the ground running at this year’s festival. I caught up with him around halfway into the run to find out what the response has been like so far.

“I’ve had some interesting feedback from the show, particularly from women who say it’s been nice to hear a man talk openly about weight issues for a change. I didn’t consider this as specifically a male perspective when writing the show so it’s been good to hear that people have found this refreshing.

“I hope that by talking about weight issues and obesity from my medical experience and my personal experience that is completely non-judgemental.

“I talk from a medical view and also from the perspective of society and the media. Even down to things like jokes in the playground, for example ‘your mum’s so fat’ jokes and how this all feeds in to the stigma around dealing with obesity. It’s not just about biological issues but social factors and also mental health issues too.”

Kwame draws on childhood experiences of splitting time between London and a rural village in Ghana, home to his grandparents. He touches on these years in the show.

“There is a childhood and teenage narrative in the show where I talk about all the kids in my grandparents’ village being small and malnourished. I stood out as a child from London who was overweight. It was clear that there were social differences between us and I began to experience ‘first generation guilt’ of growing up in the UK. So I’m also discussing the interface with rural Africa in the show. I’m definitely opening up more in this show and giving a platform to a more serious topic.”

Kwame Asante: Teenage Heartblob is at the Pleasance Courtyard at 21:45 until 26th August. For tickets visit https://tickets.edfringe.com/whats-on/kwame-asante-teenage-heartblob