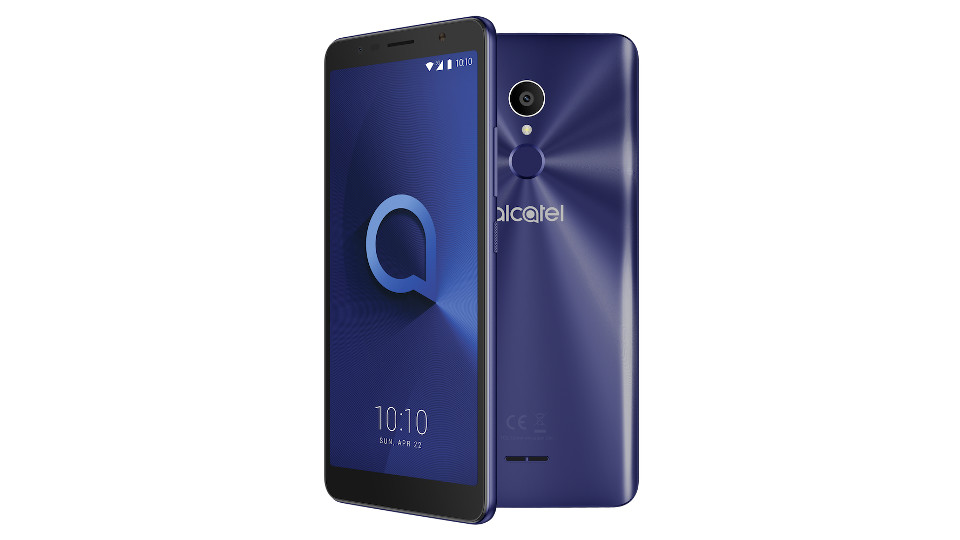 If you own a high-end smartphone you’ve probably come across the dilemma of whether to take it out with you or leave it at home safe. With some handsets now costing upwards of £1,000 it’s can be worth considering a second cheaper phone for occasions such as a big night out, attending a festival or going on holiday.

The Alcatel 3C is a mid-range Android smartphone from Alcatel Mobile that can be bought for around £100 (£130 RRP). Don’t be put off by the cheap price though because this is a very impressive handset for the money.

Watch the Alcatel 3C video below:

Out of the box my first impressions of the Alcatel 3C were that it looked more premium than I expected. It’s nice and lightweight at just 169g and measures 161 x 76 x 7.9 mm. It’s let down slightly by the plastic feel of the back but you soon get used to it and it’s certainly not a deal-breaker for a phone at this price.

The standout feature is the 6.0-inch display with an 18:9 aspect ratio. The screen has a resolution of 720×1440 pixels and a density of 268 ppi. The side bezels are very thin with a slightlier chunky top and bottom. There are no face buttons but the top does hold a speaker and camera.

The front camera is rated at 5MP (interpolated to 8MP) with the rear camera at 8MP (interpolated to 13MP). Both produce decent results and there’s a flash for each camera. When using either camera you can choose Social mode which lets you see a preview of the last image you took, complete with sharing options, while taking your next image. It’s also possible to take a series of pictures to make a collage and there’s also a panoramic mode.

The Alcatel 3C is available in three colours – Metallic Black, Blue and Gold. The plastic back features radial detailing which gives it a nice shine in the light. About a quarter of the way down the back, below the rear camera and flash, is a fingerprint sensor. It’s a little alien at first if you’ve owned a phone with a front fingerprint sensor but it’s very easy to access while holding without needing to turn the phone around.

The right side of the phone features volume up and down buttons and a textured power button. The left side has a removeable Dual SIM tray which is a nice feature if you need it. The base houses a microUSB port for charging and there’s a 3.5 mm audio jack on the top.

The phone comes with Android 7.0 Nougat installed and contains all the standard Google Apps. With only 16GB storage you’re left with about half of that for your own apps, games, photos, video etc. This can be expanded by adding a microSD up to 128GB which can be bought for around £35. The included 1GB RAM is a little on the low side these days and does tend to make things sluggish if you’re running and switching between multiple apps.

The Alcatel 3C is packed full of tech and has pretty much everything you’d want from a budget smartphone. It’s perfect as a spare phone for those situations when you don’t want to worry about carrying around an expensive handset. It’s also suitable for younger teens who want the functionality without breaking the bank. There are some minor issues but it’s hard to complain about them for the price.

The Alcatel 3C was reviewed using a review unit supplied by Alcatel.

Advertisement. Scroll to continue reading.
In this article:Alcatel, Android, Smartphone