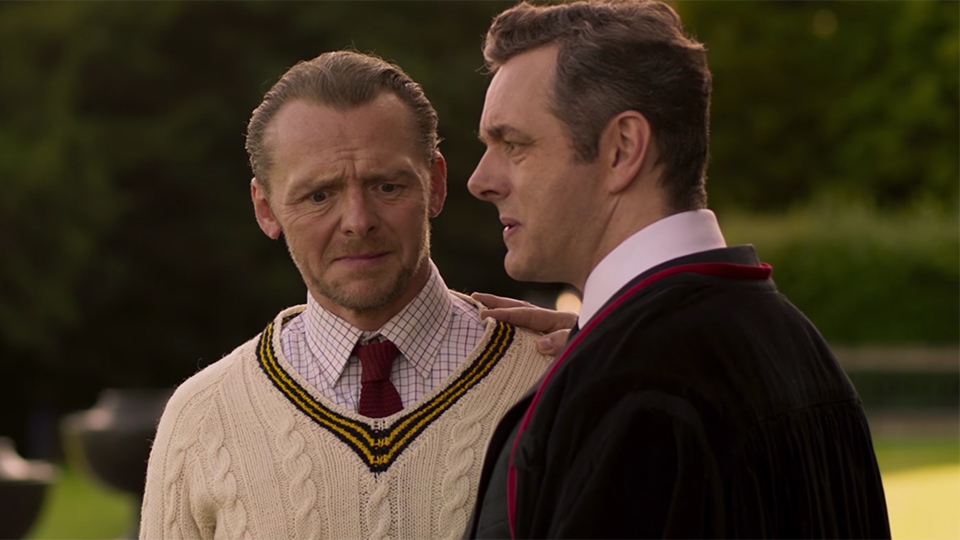 The trailer for Slaughterhouse Rulez has arrived and you’d be forgiven for thinking it’s a spoof of the hugely popular Harry Potter franchise.

Welcome to Slaughterhouse, an elite boarding school where boys and girls are groomed for power and greatness…and they’re about to meet their match. This ancient and ordered world is about to be shaken to its foundations – literally – when a controversial frack site on prized school woodland causes seismic tremors, a mysterious sinkhole, and an unspeakable horror to be unleashed. Soon a new pecking order will be established as the pupils and teachers alike become locked in a bloody battle for survival…

Slaughterhouse Rulez’s screenplay is written by Mills and Henry Fitzherbert who wrote the story with Luke Passmore. The film is produced by Charlotte Walls and executive produced by Simon Pegg, Nick Frost, Diego Suarez Chialvo and Josephine Rose.

The one-sheet poster for the film has also been released. Take a look:

Slaughterhouse Rulez will be released in UK cinemas on 31st October 2018.