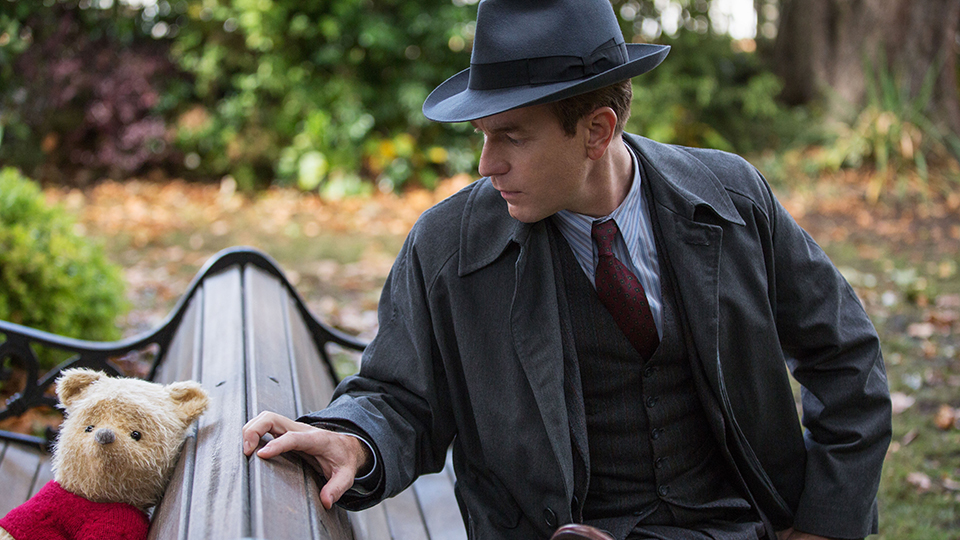 Disney have announced a new collaboration with MediCinema to hold nationwide preview screenings of Christopher Robin on August 16th 2018. Ewan McGregor, star of the film (and a MediCinema patron) showed his support for the new initiative by launching a video urging people to donate to the charity by purchasing tickets to the preview screenings.

The screenings take place a day before the film goes on release in the UK, with all box office proceeds going to MediCinema. So check out the feel-good family comedy a day early, be the envy of your mates AND help out a good cause in the process.

MediCinema helps seriously ill children and adults to enjoy a shared movie moment together with their loved ones.

The collaboration will see a wide range of cinema operators from across the UK and a number of the major cinema chains hold previews of Disney’s Christopher Robin, with all the proceeds from exhibitors and Disney going directly to MediCinema.

MediCinema was founded in 1999, and builds and runs state of the art cinemas in hospitals. They are dedicated to improving the well-being of patients, their families and their carers across the UK through the magic of the shared cinema experience. We think that’s a wonderful idea and hope the partnership attracts more collaborators soon.

Together with Disney, who are a long standing supporter, the charity brings comfort and inspiration to families with children facing serious illness.

Lee Jury, Head of Walt Disney Studios Motion Pictures UK & Ireland said, “As a founding partner of MediCinema, we’ve seen the comfort and inspiration film can bring to seriously ill children and those closest to them. Being able to spend quality time together helps build emotional resilience, giving them the strength and ability to cope. We hope these special screenings of Christopher Robin will enable MediCinema to create many more moments that matter for patients, and we’re excited to be the first studio to be part of this wider industry initiative.”

Kat Mason, Chief Executive of MediCinema said “We are so grateful to The Walt Disney Company, Ewan McGregor and the UK cinema community for coming together in this way to raise vital funds for MediCinema. You honestly can’t overestimate the difference that going to the movies in your hospital bed can make– it is precious normality, a chance to escape into other worlds, a shared experience and memory made together when it is needed most. Please do come out and see the film on the 16th – by buying a ticket, you’ll be helping people seriously ill in hospital and their families to share a precious movie moment together and feel better with film.”

Phil Clapp, CEO of the UK Cinema Association said, “While everyone working in the UK cinema industry of course believes in the power of the big screen experience, the work of MediCinema shows its ability truly to transform lives. Through these special screenings, UK cinema operators are delighted to give the British public a unique opportunity to ensure that that impact can reach an even wider number of people”.

To book tickets for this event, check out www.christopherrobinfilm.co.uk

Christopher Robin hits cinemas across the UK on the 17th August.