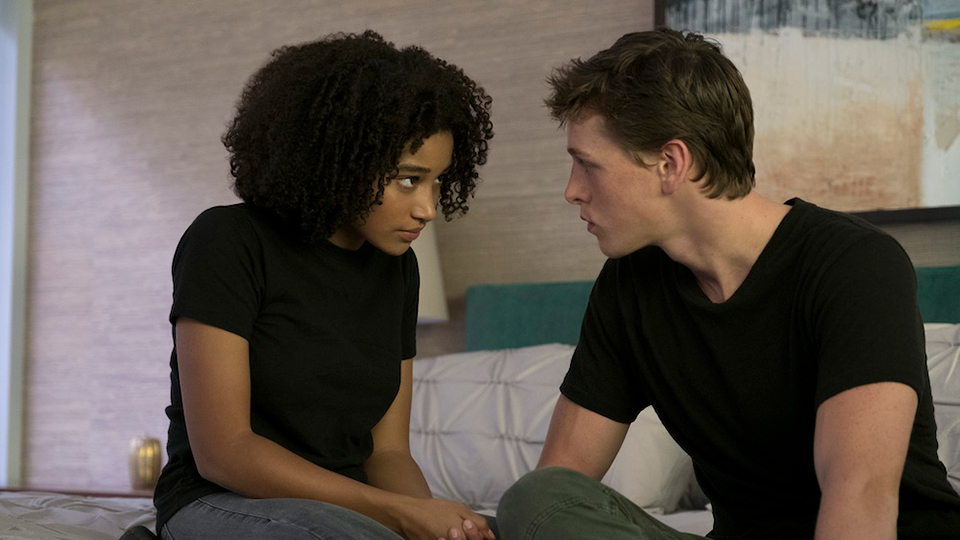 Another Young Adult book series makes the leap from page to screen this month, with Alexandra Bracken’s The Darkest Minds becoming the latest blend of adolescent teen-romance and dystopian sci-fi to attempt an assault on the summer blockbuster box office.

You’d be forgiven for mixing this one up with previous YA franchises though. So formulaic is the story and structure that it could easily be confused with another film series altogether. The checklist is pretty much ticked by the time end credits roll – young girl is special, young girl gets taken away, winds up with other teens like her, finds herself, falls in love, big battle against overwhelming totalitarian opposition begins with girl as the out-of-her-depth figurehead.

The girl in question is Ruby Daly (played by The Hunger Games’ alumni Amandla Stenberg), the dystopia world she inhabits a dark, unsettling United States where the population’s children have either died or developed superpowers after contracting a mysterious disease. Spending six years in a concentration camp for powerful kids, Ruby escapes and finds herself on the run with several other super-teens, as they attempt to avoid being drafted into an upcoming war between the corrupt Government and a shady rebel militia.

It’s a simple premise that hits all the familiar beats as mentioned above. Forbeter or for worse, the X-Men meets Hunger Games vibes prevail throughout, whilst the sheer amount of world building begins to dull the senses after the fifth or so explanatory spiel. And yet, despite some obvious flaws, the film is swift and entertaining enough to satisfy, with character development taking precedence above all else.

The central performances from the young cast lend the film much of its charm, even if the script itself is light on major incident (there’s about three major actions sequences throughout the entirety of the film and only one is even remotely interesting). Likewise, a couple of big twists either fail to surprise or are barely explored, with plot threads from both left deliberately hanging for the purpose of sequel-baiting.

Working with what we do have though, the film hits most of the right emotional beats and delivers some wonderful moments of humorous interplay between the characters, which not only makes the flourishing friendship between the four characters all the more believable, but also alleviates from the downtrodden tone and strong parallels with real-life atrocities that the story throws up. The same cannot be said of the rather tacked-on romance though, which fails to convince, despite the best intentions of the actors and storytellers. Likewise, some of the teen’s dialogue reeks of an adult trying too hard to be cool and hip, something which results in some unintentional laughs here and there.

Director Jennifer Yuh Nelson proves herself to be a competent live-action director, though the film’s visuals lack any kind of unique flair (despite one small scene at the close of the film). This proves one of the film’s biggest disappointments, especially considering the wonderful visuals Nelson previously conjured up in her animated films for Dreamworks. The aforementioned action scenes are pretty short and paint-by-numbers, possibly a result of budget and resource more than a lack of artistic skill (the film as a whole is hardly a big budget spectacle, after all). In light of this, Nelson rightly puts the focus on character, which does somewhat keep events from sliding into the realms of blandness.

As first-parts go, The Darkest Minds could do far worse. A bigger budget, more plot twists and a continued focus on character-driven drama would certainly make for the case for a more interesting second instalment, so long as the tin-eared dialogue and unconvincing romantic subplots are brushed aside. Like the super-powered teenagers who inhabit the grim world of The Darkest Minds, there is certainly potential in this franchise.