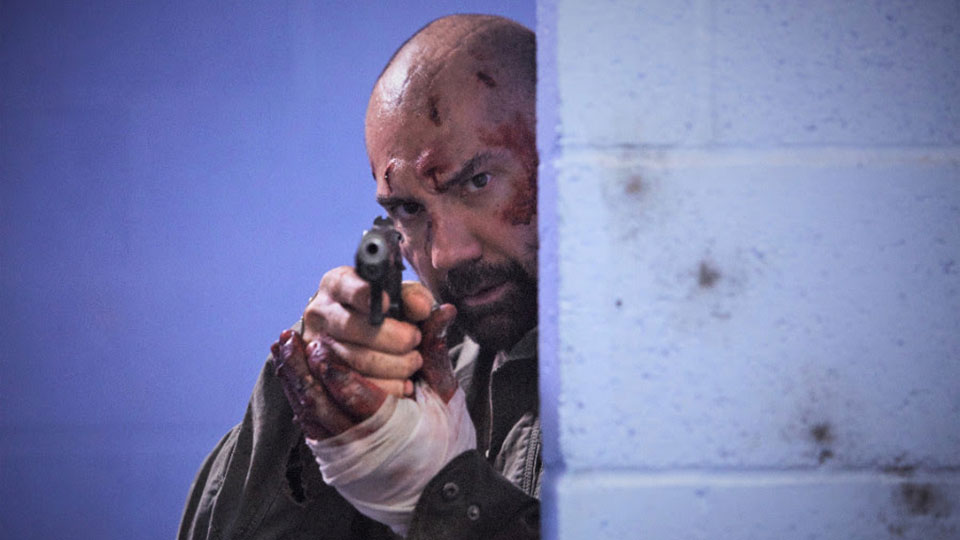 Building on the suspense of the brief teaser trailer, the full trailer for Final Score gives a much better insight into what to expect from the movie. Ex-soldier Michael Knox (Bautista) takes his niece to a football match and the during the game, the stadium is put into lockdown by heavily armed criminals.

Knox must use his military background to free the 35,000 hostages held in the stadium as well as save his niece’s life.

Fans of the old-school type action movies such as Die Hard and Speed will likely lap this movie up. The trailer shows Bautista kicking ass as Knox and you can bet Final Score will be a guilty pleasure thrill-ride from start to finish.

The official poster has also been unveiled for the movie, which you can see below:

Final Score is released on 7th September 2018. Sky Cinema customers have exclusive access to see it on Sky Cinema from the same day.