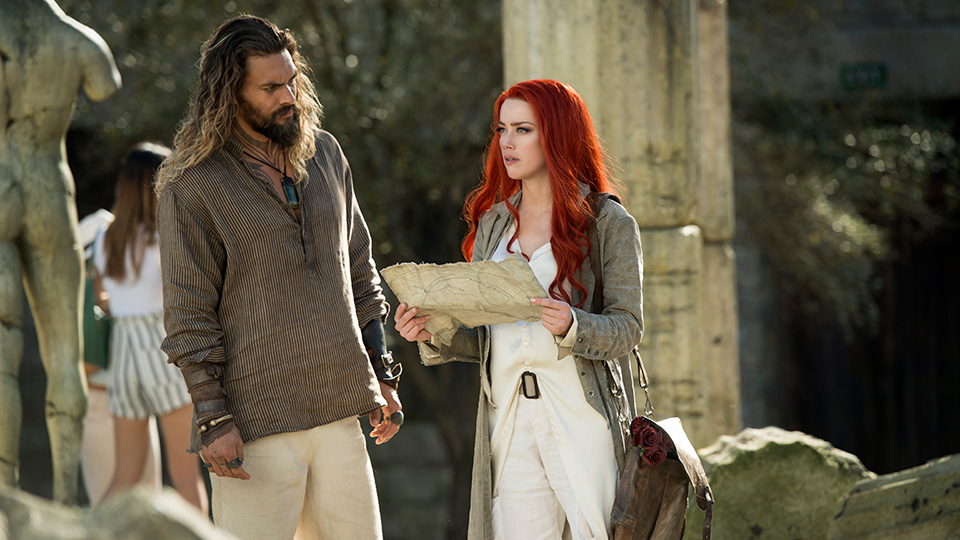 Following the release of the teaser poster, the first full-length trailer has arrived for Aquaman and it looks pretty epic.

Starring Jason Momoa in the title role, Aquaman promises to deliver a visual effects-filled superhero story that sees the superhero realising who he really is and going into battle with his half-brother Orm aka Ocean Master (Patrick Wilson).

The trailer shows some of Aquaman aka Arthur Curry’s origins introducing his father Thomas Curry (Temuera Morrison), a lighthouse keeper, and his mother Queen Atlanna (Nicole Kidman). We see footage of Arthur as a child being bullied by his classmates and first realising that he can speak to sea creatures.

As the story jumps to the present day, Arthur is approached by Mera (Amber Heard) who warns him that his half-brother is going to declare war and that only he can stop him. She encourages Arthur to fight for his rightful title as King of Atlantis.

At first he’s reluctant but by the trailer’s end Arthur is fully embracing his Aquaman side and heading straight into an all-out war with Orm.

Aquaman is directed by James Wan (The Conjuring) and also stars Willem Dafoe (Spider-Man) as Vulko, council to the Atlantean throne; Dolph Lundgren (The Expendables) as Nereus, King of the Atlantean tribe Xebel; Yahya Abdul-Mateen II (The Get Down) as the vengeful Black Manta; and Ludi Lin (Power Rangers) as Captain Murk, Atlantean Commando.

The film will arrive in UK cinemas on 14th December 2018. While you wait, you can find out everything there is to know about Aquaman with our round-up.