More
Advertisement
HomeFilmAquaman – everything we know so far 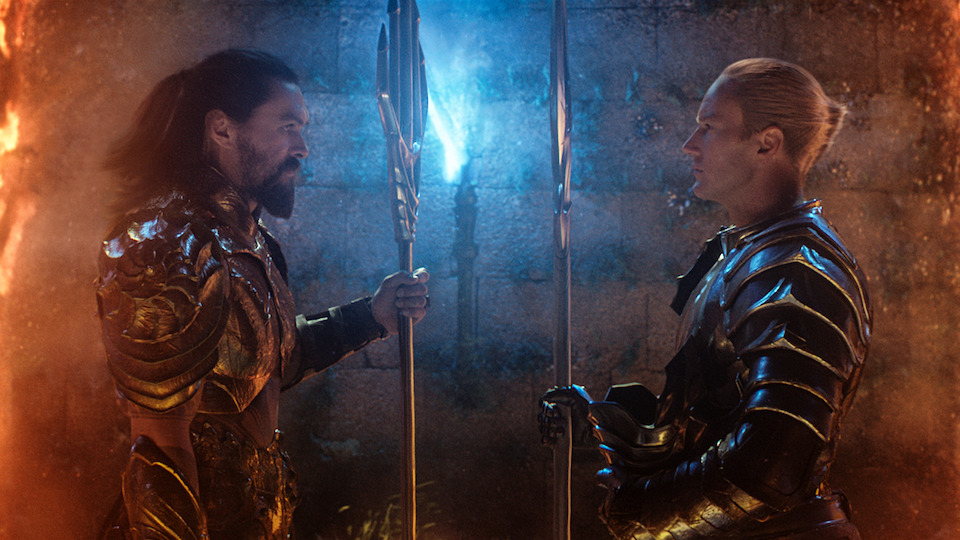 Aquaman – everything we know so far

Having been introduced to the DCEU as one sixth of the Justice League, Aquaman is now taking centre stage in his first solo adventure. Featuring an all-star cast, this latest film in the DC Extended Universe will trace the origin of Arthur Curry / Aquaman, played once again by the formidable Jason Momoa.

It’s the final superhero movie to hit the big screen in 2018, and not to put the pressure on, but it’s been a pretty good year for the genre so far. DCs recent history has been a bit patchy to say the least, and the character of Aquaman has long been a running joke and subject to endless memes about his useless powers.

But this latest iteration of the character with Momoa in the lead role has seen him resurface as cool, powerful, and kind of a badass. With a strong cast and a great director behind the camera, we’re hopeful that Aquaman will end the year on a cinematic high.

Here’s everything we know so far about Aquaman…

When will Aquaman be released?

Aquaman will be released in the UK on the 12th December 2018 – a week ahead of the US release.

Who will star in Aquaman?

Reprising his role from Justice League, Jason Momoa returns as Aquaman, the half-human, half-Atlantean King of the Seven Seas. He will be joined by Amber Heard as Mera, Nicole Kidman as Queen Atlanna, Patrick Wilson as Orm, Willem Dafoe as Aquaman’s mentor Nuidis Vulko, Temuera Morrison as Thomas Curry, and none other than Dolph Lundgren himself as King Nereus.

Who will direct Aquaman?

Aquaman will be directed by James Wan. Best known as a horror director, Wan launched the hugely successful Saw, Insidious, and Conjuring franchises, which he continues to oversee as a producer. He also directed Furious 7, one of the most gloriously fun action movies ever made, and the seventh highest grossing film of all time at the box office.

Who will write the screenplay for Aquaman?

The screenplay has been written by Will Beall and David Leslie Johnson. It is based on a story by Will Beall, James Wan, and former DCEU supremo Geoff Johns. The original Aquaman character was created by Paul Norris and Mort Weisinger.

What can we expect from Aquaman?

According to the official synopsis, the film reveals the origin story of half-human, half-Atlantean Arthur Curry and takes him on the journey of his lifetime—one that will not only force him to face who he really is, but to discover if he is worthy of who he was born to be… a king.

This is suitably vague, but I think beyond that we can expect the film to be visually stunning, with incredible action sequences. Wan has proven himself time and time again to be a terrific orchestrator of high-octane thrills, spills, and chills, so his involvement bodes well for Aquaman. Hopefully he has been given the freedom to imbue the film with his own style and visual palette, and not the murky noir tones we’ve seen in the backstreets of Gotham and Metropolis.

As well as being an origin story, Wan has teased that the film will be an almost classically Shakespearean drama about rivalries between brothers, which given the mythical setting immediately draws parallels with a certain Norse God. But hey, I’m not complaining.

When will we see a trailer for Aquaman?

The first trailer screened at San-Diego Comic-Con on Saturday 21st July 2018. You can watch it below:

An extended preview of Aquaman can be viewed below:

Go behind the scenes of James Wan’s epic underwater world in this brand new Aquaman featurette.

Where can we see the posters for Aquaman?

Ahead of San Diego Comic-Con, the first poster was released as a teaser. You can see it, and the latest artwork below:

In anticipation of the film’s release, each of the main characters has been given their own poster, which you can see in the below slideshow.

With the release date coming ever closer, Warner Bros. have released two further one sheet posters. See them below:

Will there be more films after Aquaman?

Yes indeed, but how many more of them will feature the current crop of DCEU characters is definitely up for debate. After Aquaman is released, we have Shazam! Wonder Woman 1984, Cyborg, and Green Lantern Corps to look forward to. Beyond that is where it becomes a bit fuzzy.

There are so many conflicting projects it’s hard to know exactly what Warner Bros and DC are planning. The most interesting aspect however, is the talk that the standalone The Flash movie will follow the arc from Flashpoint – an alternate DC universe where only Barry Allen aka The Flash is the same, but everyone else has changed.

If this goes ahead it could potentially pave the way for a “soft reboot” of the entire DCEU. Watch this space.

Win the action-packed Aquaman on Blu-ray