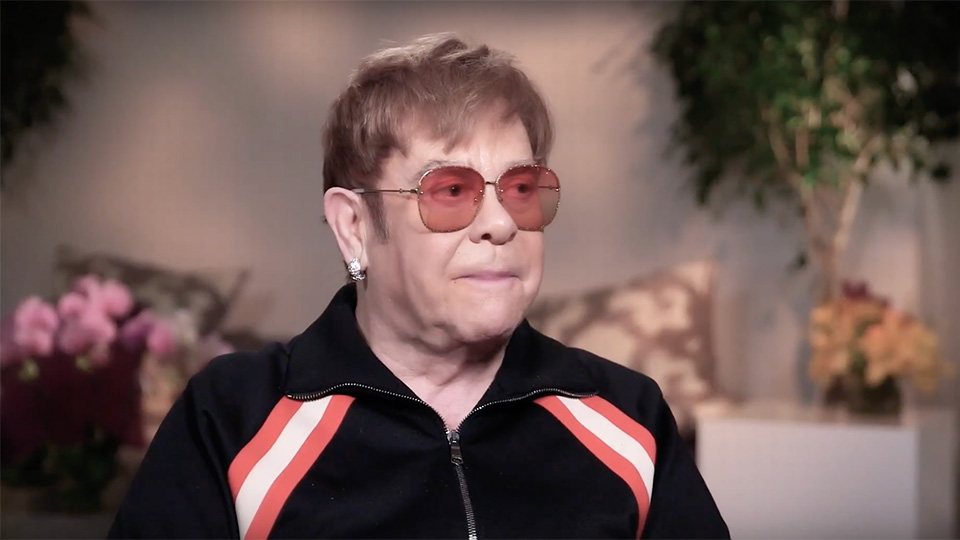 The album feature Country artists, new and established, tackling some of the best songs from the duo’s extensive catalogue. In the first of two exclusive videos, John talks about how the album came together revealing, “Bernie is a huge Country fan and came up with an astonishing list of Country performers, both new and legendary.”

Taupin adds, “This has just been a joy. I’m like a kid in a candy store because I get to work and be around people that are not only friends, but people that I respect tremendously, and then new artists thrown into the mix… the best of the new artists I may add. We’ve got so much talent on this album it’s frightening.”

The second video takes a look at the long partnership between John and Taupin with both artists discussing their songwriting process.

“Without Bernie there would be nothing whatsoever because it all starts with the lyrics. That’s why our relationship is so unique,” says John. “From the very word go he’s always given me a lyric. I took an envelope full of his lyrics from an office in London and read them through, and that’s how we got together and started writing songs from them. From that day onwards it’s always been lyric first and melody second.”

Taupin continues, “Elton and I have never written in the same room. I can’t imagine the idea of the quintessential songwriting team sitting together at the piano, with their ties down, their sleeves rolled up, the note pad and try this there… it’s totally foreign to me and foreign to him.”

Since its release the album has been picking up universal acclaim. It features artists such as Little Big Town, Maren Morris, Kacey Musgraves and Willie Nelson putting their spin on classic much-loved songs from John and Taupin’s songbook.

Restoration: Reimagining the Songs of Elton John and Bernie Taupin is available now.

In this article:Bernie Taupin, Elton John