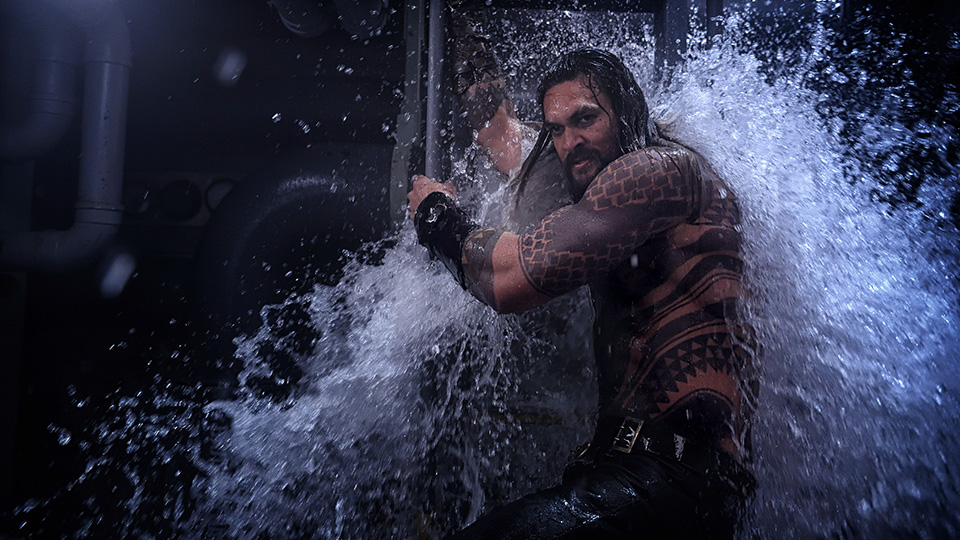 Jason Momoa is front and centre on the official teaser one-sheet for the highly-anticipated DC comics film Aquaman.

The poster features Momoa as Arthur Curry aka Aquaman holding his trident while perched on a rock at the bottom of the ocean. He’s surrounded by sharks and whales and the tag line ‘Home is calling’ features at the top of the poster.

The poster arrives ahead of the film’s trailer, which is set to premiere at San Diego Comic-Con this weekend.

Aquaman is directed by James Wan (The Conjuring). It stars Jason Momoa in the title role along with Amber Heard (Justice League) as Mera; Willem Dafoe (Spider-Man) as Vulko; Temuera Morrison (Star Wars: Episode II – Attack of the Clones) as Tom Curry; Dolph Lundgren (The Expendables) as Nereus; Yahya Abdul-Mateen II (Baywatch) as Black Manta; with Patrick Wilson (The Conjuring) as Orm/Ocean Master; and Nicole Kidman (The Hours) as Atlanna.

This will mark the first time that Momoa has led a film as Aquaman but it’s his third appearance as the character on the big screen. He appeared briefly in 2016’s Batman v Superman: Dawn of Justice and was a part of 2017’s blockbuster Justice League.

The events of Aquaman will take place after Justice League but details about the plot are being kept tightly under wraps.

Aquaman will be released in UK cinemas on 14th December 2018.

In this article:Aquaman, Jason Momoa