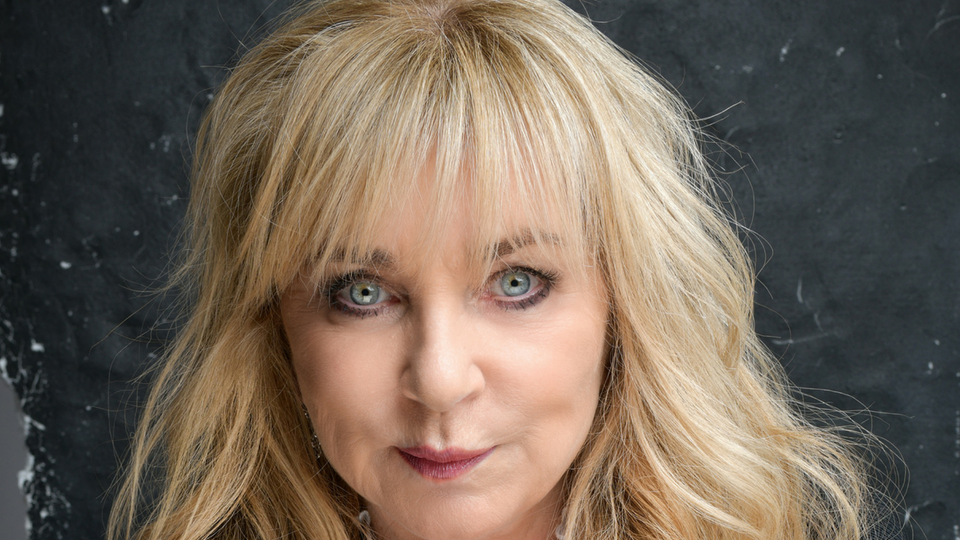 Helen Lederer was part of Britain’s much-loved gang of alternative comedians in the 1980’s, including Dawn French, Jennifer Saunders, Ben Elton and the late, great Rik Mayall who made their names at London’s Comedy Store.

As a comic actress Helen Lederer is probably best known for her role as Catriona in Absolutely Fabulous alongside Jennifer Saunders and Joanna Lumley while fans of Rik Mayall and Ade Edmondson’s BBC sitcom Bottom will remember her as the third Viscountess of Moldavia, Lady Natasha (and that’s keeping the character’s full title short).

On top of her successful acting and comedy career, Helen’s first comedy novel, Losing It, was nominated for the PG Wodehouse Comedy Literary Prize. I recently had the pleasure of speaking with Helen about her first visit to the Edinburgh Fringe in fourteen years with her new show ‘I Might As Well Say It’.

Helen, what’s been the drive to return to Edinburgh this year?

I thought, it’s now or never! I was reflecting on the eighties and nineties, where I began, and being the age I am, 63, I thought I’d like to have another go at stand up. To tell a story. I just had the urge to do it.

Is that partly because you’ve seen your peers do it? For example, Dawn French touring her autobiographical show, 30 Million Minutes?

No, this is another reason I’m doing it. It’s not just ‘the year of the woman’, I think it’s time for women to be individual. I began in the eighties and there were so few women doing it. There were only three women on the circuit. I think it’s time for women to be complete individuals like men are so that we’re not compared with each other. There’s no logic in why we would be, especially when looking at comedy. I think it’s brilliant there are so many young women doing it now, it’s a completely different landscape now from when I began. I think it’s just a case of saying women are good, women have got a story to tell. Take them for what their individuality offers. Move things forward in a new way. Now, I’m thinking, I’m old and I’ve got stuff to say. I’ve asked for the smallest theatre possible. I’ll be reflecting on the past and how things are now.

That’s what I Might As Well Say It is about, then?

I’m just taking a moment in my life to just do this, with no end goal other than to just get through Edinburgh. I’ve been thinking about it for a while, and it suddenly occurred to me to get back out and do it. When I did stand up comedy I did it for five years and then I was lucky enough to get other work. Then I started doing that but part of me wondered whether I should have carried on doing stand up. But if you’ve got a nice acting job with a clapping audience in grown up things… I chose that over schlepping around doing gigs. Now, there’s part of me that thinks should I just have another go at it as an older person and see what happens.

It’s brilliant that you’re taking the chance to find out. What can we expect in the show, then?

It’s about telling stories and we’ll find out if what I’m doing is going to work. I’m not going to make anything up. The embellishment will only come in the turn of phrase but the content will be true. I think there’ll be lots of adrenaline. I’m doing the show daily throughout the Fringe and then, for the last week, I’m doing a chat show as part of the Free Fringe at The Pear Tree. I’ll have a playful, intellectual romp with some people. I’m hoping to nobble Joanna Lumley. Why not!

Can you tell us about the Comedy Women In Print award you’re launching?

Yes, in case I haven’t got enough to do, I am launching ‘Comedy Women In Print’ – a literary prize. We’ll host a launch party in August, too! I’m going for it. I’m sure I’ll come back with even more grey hairs but, oh well, I dye them anyway! The categories will be comedy female fiction and non-fiction and then unpublished comedy writing so we’re doing it from the top and the bottom.

You say this is the ‘Year Of The Woman’, do you find it bizarre it’s taken until 2018 to get to this juncture?

So much of it is timing. In the past I haven’t fitted any category, and it’s time to be individual. Now people are saying ‘be what you want to be’. Not to be compartmentalised by your sex or your style. No-one just has to be a writer or an actress or a comedian, you can be all three.

You’ve had a wonderful career alongside many other individuals like French and Saunders, Rik Mayall and Adrian Edmondson…

I’ve been very lucky. They gave me some good jobs!

My favourite role of yours was alongside Rik and Ade in Bottom, as Richie’s love interest in the episode Digger.

Ah, Rik was my love interest both on and off screen. He was such a handsome, funny man. It was a lovely time. He was such a generous person to perform with. He was so inclusive of people and the more you have individuals like that the better it is for everyone, to set an example.

What’s next for you after Edinburgh then?

Next, I really want to do another novel, I was so happy writing my first book. I will be writing my comedy memoir. I plan to sit down quietly after Edinburgh and get over all the lager! It’s such a lovely thing to do, just write. I never hankered after being a house hold name. I dipped my toe in the water after Big Brother and I realised that wasn’t actually comfortable for me, I’m pleased I did it because you realise what you don’t want to be once you get close to it. It’s all about doing your own thing. At Edinburgh I’ve got a small theatre and we’ll see what happens. Fear is OK! I’ve got that written on my desk.

We’re sure you’ve nothing to fear but plenty of laughter ahead at the Fringe and beyond!