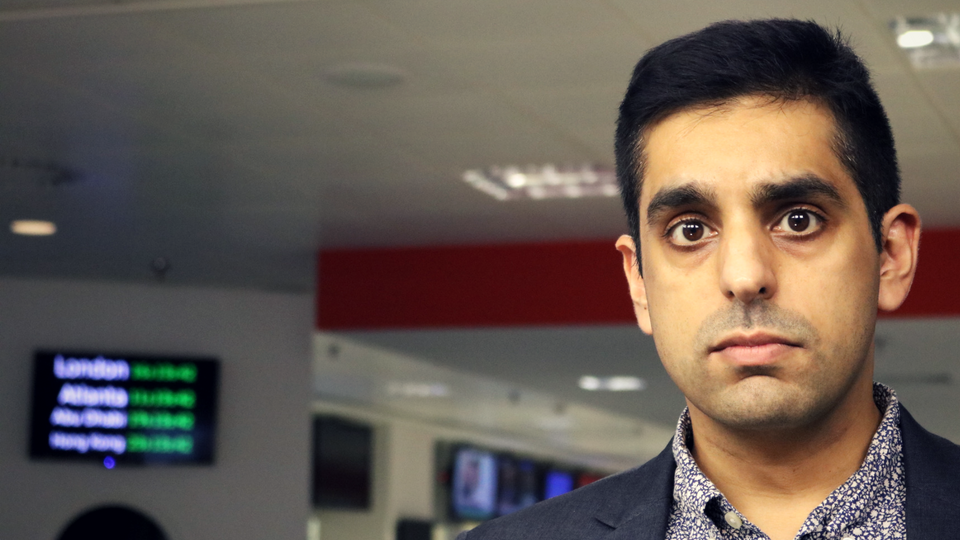 There can often be a lag in theatre responding in real time to current affairs in a world where we are used to instant gratification. Our lives are accustomed to the sound of the BBC’s “what now?!” push notification, which more often than not serves to flag that Donald Trump has been exercising his thumbs in the 280 character Twitter gym again. The pattern usually follows this: An expert gives some insight, or a story breaks that Trump doesn’t agree with. Trump then tweets “FAKE NEWS!!!” and/or “SAD!!!” and/or “LOSER!!”, then people retweet him to either agree or disagree, and he has managed to degrade any legitimate challenges to his Presidency in one fell swoop.

Comfortable go-to responses in the arts either tend to draw on the past to show history repeating itself, or paint a picture of a near or dystopian Black Mirror future, or indeed an unimaginable utopia (e.g. a White House full of intelligent people). Take for example the National Theatre’s adaptation of  the 1970s film ‘Network’ with Brian Cranston. It looked at the rise of TV journalism and the search for ratings, following the on-screen breakdown of its news anchor; something that could be transposed to our present day obsession with bleak or benign click-bait content, or watching the rise and fall of reality TV stars. Ink at the Almeida, transferring to the West End told the story of how Murdoch’s Sun newspaper in 1968 gave people what they wanted as opposed to what they ought to know, which could be aligned with today’s media mantra ‘content is king’, at least when it comes to cat memes or keeping up with the Kardashians.

However, thankfully we have a current and critical media commentary courtesy of CNN producer and playwright Osman Baig, who has managed to craft a new 2018 narrative we all need to hear. What he addresses is the journalist perspective – away from the sensation, the clicks, the bylines, the popularist political leaders and the hysteria, how do we understand more about journalists themselves? The people, fellow human beings, who work around the clock to break the news, only to be felled by politically-minded and morally-questionable forces who understand their sway on their audiences more than they prize authenticity?

Osman Baig is an important voice in journalism and theatre, bringing us the facts on fake news at a vitally important time. His debut one-man-show delves into the world of online journalism, it is sharp-witted, funny and expertly crafted. Not only is this piece of work up-to-the-minute (and I’d imagine could be easily kept updated with story references) he goes further than any other play in addressing the timeless and vital role of the free press in our society and how it must be protected. Journalists, he says, are just like us, and know as much as we do, and are doing their best to tell the stories we need to hear, and are not part of some wider conspiracy.

With twists and turns, we are immersed in the world of click-bait and viral news, where the brands of journalists and reputations of news brands are at risk in search of not scoops but clicks. However, peppered throughout the tale (cleverly structured as a lecture to new recruit interns for the Millennial Times (our audience – for people who ‘read Vice without a sense of irony’), are notions of humanity, honesty, good intentions and fallibility. Humorous office anecdotes of all too familiar characters, the privileged Angus who has doors opened for him while he closes them in others’ faces, and wide-eyed well-meaning but a little dull Debbie, who’s lunchtime headline act is a miserable Pret a Manger sandwich (the universal indicator that journalists are people too).

Our protagonist becomes a hero of his news outlet generating a viral news story to highlight the importance of credible news sources, ironically following a simple act of human error and due diligence due to the pressures of the workplace. With a clever twist, Baig serves to highlight the ordinary working journalists behind the news – just like you and I – who work to bring us important stories from those who do not have voices on their own. He is able to relate the humanity of those who work to tell us stories we ought to hear, and shines a light on the dangerous threat of those outside of the free press who serve to undermine its credibility.  Because without it, things would be much worse. I would love to see how this play develops, perhaps at the Camden Fringe or Edinburgh, as it deserves a much wider audience.

In this article:Drama, fake news, theatre