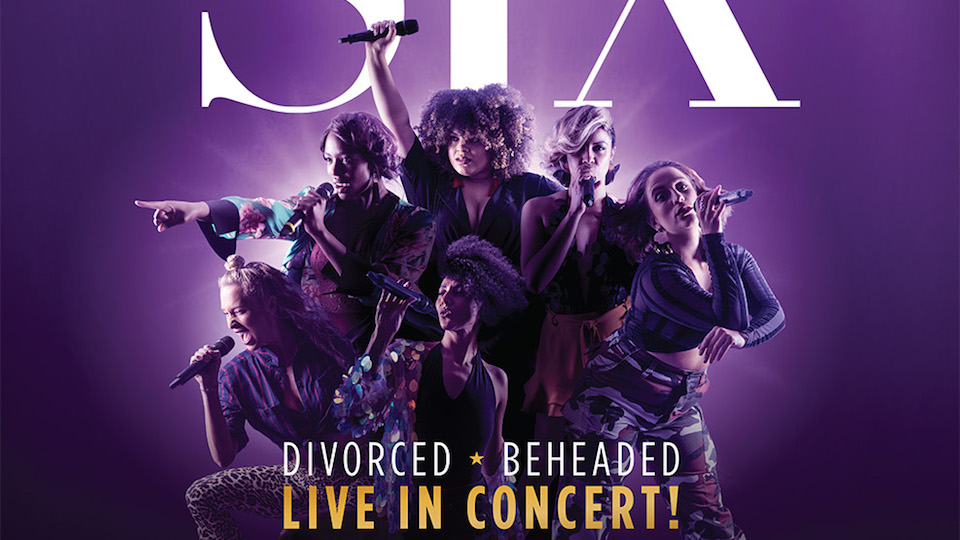 From Tudor queens to pop princesses, the SIX wives of Henry VIII are finally taking the mic to tell their tale, remixing 500 years of ‘her-storical’ heartbreak into a 75-minute celebration of sisterly sass.

Powered by an all-female band, with songs including Ex-Wives, Haus of Holbein and Don’t Lose Ur Head, this high-octane pop concert musical by Toby Marlow and Lucy Moss is one to watch in 2018!

Toby Marlow (writer) and Lucy Moss (writer and co-director) met at university in Cambridge, where they spent three years making theatre together and neglecting their degrees. In January 2017, they made their first foray into writing as a duo with the musical, SIX. Following the show’s success in Edinburgh, they are incredibly excited for its return in 2018 and West End season at the Arts Theatre. The team also make up two-thirds of the award-winning theatre company Hot Gay Time Machine, whose show, Hot Gay Time Machine, enjoyed considerable success at the fringe last year, and a sold out run at The Other Palace in London.

Jarneia Richard-Noel (Catherine Of Aragon) was in The Color Purple in Concert at Cadogan Hall; Millie O’Connell (Anne Boleyn) recently appeared in the UK tour of Thoroughly Modern Millie and was understudy Peggy Sawyer, 42nd Street, Theatre Du Chatelet, Paris; Natalie Paris (Jane Seymour) was Louise in Sunday in the Park with George at the Menier Chocolate Factory; Alexia McIntosh (Anna Of Cleves) was Rosa, in Godiva Rocks at Belgrade Theatre; Aimie Atkinson (Katherine Howard) was Daniela in In The Heights at Kings Cross Theatre and originated the lead role of Luisa in Zorro the Musical (UK Tour); Maiya Quansah-Breed (Catherine Parr) has just graduated from Guildford School of Acting; Grace Mouat, who completes the cast as swing/dance captain, has also just graduated from GSA.

SIX is a co-production between Kenny Wax and Global Musicals. It opens this week at Norwich Playhouse (11 – 15 July) then tours to Cambridge Arts Theatre (17 – 21 July), it then spends a month at the Edinburgh Fringe Underbelly, George Square 1 – 27  August (not 13) then transfers to the Arts Theatre in London (30 August – 23 September).

Wendy Barnes of Global Musicals said: “Kenny, Andy and I saw the previous production independently of each other but we were all immediately blown away by the funny, relevant humour and infectious score that these two young talents had created. We are proud to debut their first musical and begin an ambitious and exciting journey for the piece, which is particularly timely as we strive for female equality and empowerment. These women were so much more than history would have us believe.”