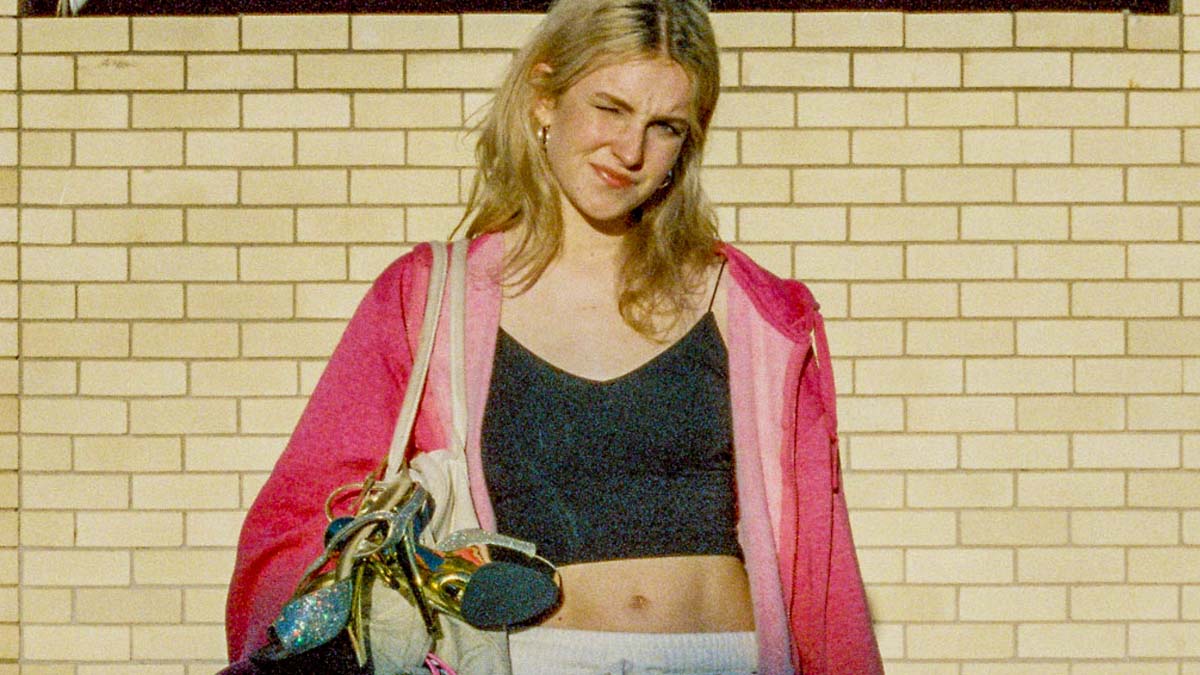 Poles: The Science of Magnetic Attraction is the debut play from writer and actor Amelia Pitcher, whose new work is inspired by her own experience working as a stripper in Australia.

Timely and urgent, the play addresses the playwright’s frustration born out of the narratives surrounding sex work in the media and it has recently been longlisted for the BBC Writer’s Room’s Popcorn Award.

“Poles explores the reality of stripping, without judgement – from the funny, to the shitty, to the surprisingly wholesome. It challenges a media narrative that’s often overly traumatised and almost always delivered with a negative punchline”, says Amelia.

The play is performed against a backdrop of uncertainty for women who work in strip clubs, as the City of Edinburgh Council has recently announced a Strip Club ban, effective from April 2023.

“I wrote this play within two weeks in May 2021 as I knew I had to tell this story and challenge the damaging media narratives around stripping” says Amelia.

“It’s so important that we tell stories from the industry here and now, and challenge the negative and harmful assumptions about the sex industry that lead to laws like this. Poles will be donating a portion of all ticket sales to peer-support sex work initiatives in Edinburgh to fight the cause and demand that clubs, which are a vital
source of income for so many, stay open.”

Amelia has brought in sound design and lighting to provide an immersive theatre experience where audiences can be taken back to her inner thoughts, experiences and interactions with other characters in the buzz of a strip club.

“As an actor I was fed up of being offered basic roles that did nothing to challenge issues that affect women today, so I thought ‘right, let me tell this story truthfully’ as the narratives told do not reflect the reality.”

The play plots the story of Cora and includes anecdotes and events that Amelia documented during her time working as a stripper. It has already been well received at the Adelaide Fringe.

“I really wanted to bring the world into the play – the funny side, the intricacies, things like having a workmate and not knowing their real name.”

“Then there’s breaking taboos around the clientele – everyone is different – it’s not the case that it’s just sleazy old men. I wanted to address the stigma with a comedic lens.”

“I hope this work highlights the everyday life of working in a strip club, even down to the mundane moments as well as excitement. It’s just a job like anything else and can be boring. It doesn’t have to be empowering.”

From being terrible at pole dancing to rocking up late to work and being on the wrong side of a 10 hour shift, the play shows stripping through a dressing room lens.

“I’ve enjoyed creating a play that captures the weirdly intimate and weirdly disconnected world where Cora acknowledges the audience as her own personal audience in her head.”

“I’m inviting the audience to realise how funny and ridiculous these stereotypes are and finding the humanity, while taking a look at themselves.”

“The play also addresses this unique time we all find ourselves in. A post-covid world where Cora is questioning what she is doing with her life and living in her own mess.

Queerness is also a golden thread in the work and is “unapologetically bi”, and asks wider questions around how women’s bodies are policed, “women should have control over their bodies. Erosion of women’s rights is packaged up in different ways, and in the context of strip clubs being shut down, this is just one story that addresses that.”