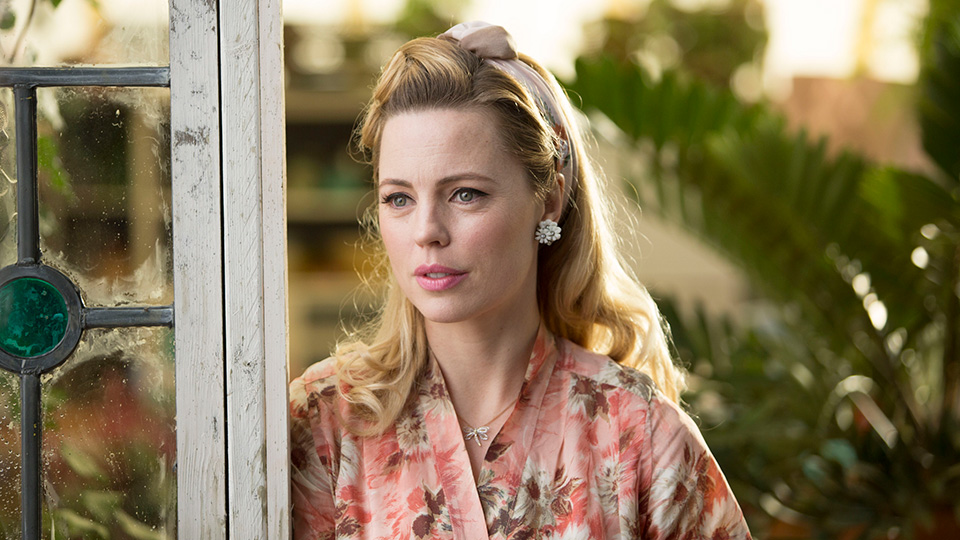 Burlesque performer Evelyn (Melissa George) crosses paths with teenager Fin (Ed Oxenbould), a butterfly enthusiast who is still trying to process the death of his mother. Fin quickly becomes infatuated with her and he jumps at the chance to work for her when she impulsively offers him a job. As Fin’s infatuation grows with the mysterious Evelyn, he becomes frustrated when rumours start to circulate about his father Al (Ewen Leslie) having an affair with a student and when Al begins to notice Evelyn’s charms too. With Evelyn at the centre, and hiding secrets of her own, Fin and Al hurtle down a path that can only end in a collision pitting father and son against one another.

The Butterfly Tree is written and directed by Priscilla Cameron and it was inspired by a friend of hers. Essentially a sexual coming of age film, The Butterfly Tree is also an exploration of the difficulties families face when tragedy unexpectedly hits. Fin keeps himself busy watching and collecting butterflies and insects, while Al channels his grief into a fling with his student Shelley (Sophie Lowe), even though he knows he risks losing everything. As both men struggle to find meaning and purpose in their lives, they pin their hopes on the vibrant and infectious Evelyn, who appears carefree and able to fully embrace life.

What’s interesting about The Butterfly Tree is that Evelyn is really a distraction for both Fin and Al, who don’t want to confront their fractured, and possibly irreparable relationship. Fin is a self-sufficient teenager while Al has become hopelessly disengaged with his son and his life. Of the two, Fin is the one who has the most interaction with Evelyn, and for me he’s the character you root for from the beginning. Ed Oxenbould perfectly captures a teenager falling for someone for the first time but it’s clear to the viewer that the relationship he desires isn’t really attainable.

Melissa George is the standout in this film. Over her career, George has purposely taken on roles that challenge her as an actress and this could be her most challenging yet. She really embodies the carefree spirit that Evelyn exudes but she’s also marvellous in the quieter moments when the character is battling her own demons. Her presence is magnetic and the camera absolutely loves her. I have to say I found her performance pretty mesmerising. Oxenbould is also strong as Fin. He’s notching up a great CV following The Visit and Better Watch Out, and here he plays the wide-eyed and innocent Fin with absolute believability.

Where I felt The Butterfly Tree fell down a little is in its tone. The film feels so magical and dreamlike until things take a tragic turn and reality hits. Perhaps I was too lost in the optimism of the first half of the film but I found the shift in tone a little jolting, and a bit rushed. I also felt that there was a lack of development for Al, who is mostly defined by his poor choices rather than anything else. It would have been nice to dig a bit deeper in terms of his relationship with Fin.

While not without its issues, The Butterfly Tree is still a film that’s worthy of your time. It highlights hut how great an actress Melissa George is and I’m still hoping she gets that big Hollywood break she deserves. There’s no doubt that she’s the star of this movie and her performance is simply wonderful. The film may not completely reach its potential but it’s still a fantastic achievement and an enjoyable watch.