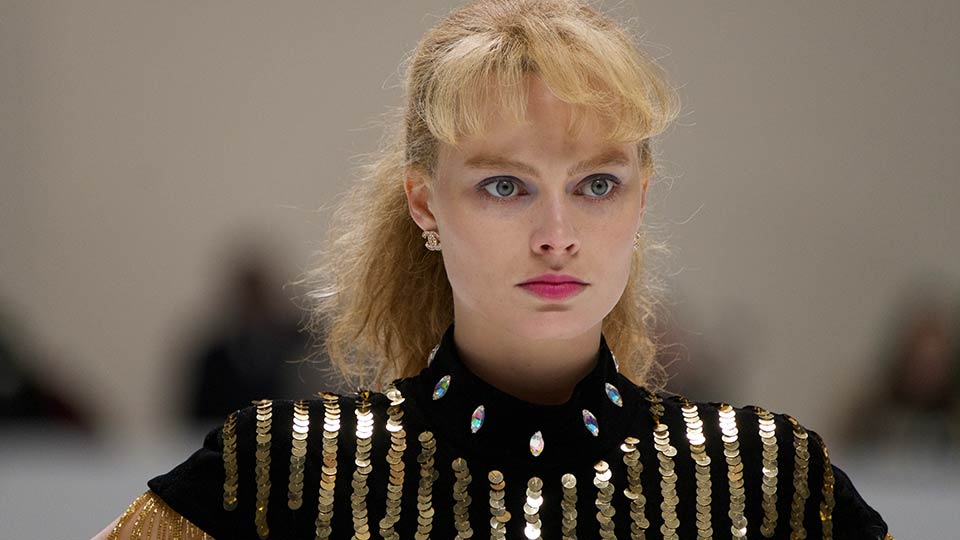 Described as ”The Goodfellas of figure skating” (Playlist), I, Tonya is the outrageous and at times hilarious true story of one of the biggest scandals in sporting history, following the life of figure skater Tonya Harding (Margot Robbie) and her connection to the 1994 attack on her rival Nancy Kerrigan.

In 1991, talented figure skater Tonya Harding became the first American woman to complete the feared triple axel during a competition, her rebel attitude pushed the sport to brand new, never before seen heights. Basking in the glory and relishing in her a new found champion status Tonya seemingly had it all, however as Olympic pressure mounted her life began to unravel. Only a few short years later Harding fell from grace when her ex-husband conspired to injure Nancy Kerrigan, a fellow Olympic hopeful, in a poorly conceived attack that forced Kerrigan to withdraw from the national championship. A media frenzy ensued and Harding’s life and legacy instantly changed as she became forever associated with one of the most infamous scandals in sporting history.
At the forefront of the story is the relationship between Tonya and her mother. I, Tonya delves into the life of Tonya Harding and ensures that we never lose sight of her status as a survivor, and someone seeking love and acceptance in a world of aggression.

I, Tonya is available on Digital Download, DVD and Blu-ray now.

To celebrate the release of I, Tonya we have a copy of the film on DVD and a copy of the soundtrack to give away to one lucky winner! For a chance to win, enter below…

Advertisement. Scroll to continue reading.
In this article:I Tonya