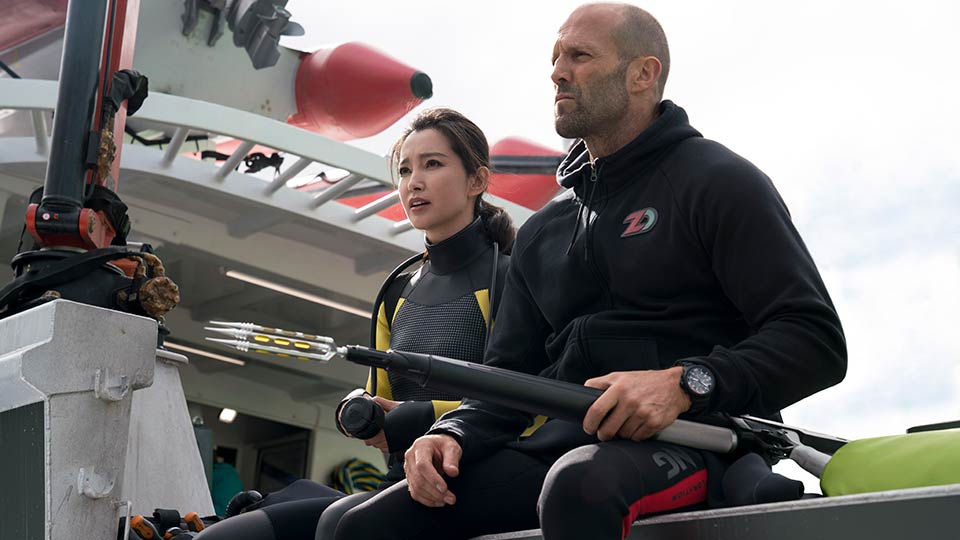 With a little over a month to wait until The Meg arrives in cinemas, a new one-sheet poster has been released.

The tense new poster features Jason Statham as expert deep sea rescue diver Jonas Taylor in the ocean, clutching a harpoon as a pre-historic 75-foot-long shark known as the Megalodon opens its jaws to devour him. Take a look at the new poster below:

Alongside Statham, The Meg stars Li Bingbing, Rainn Wilson, Ruby Rose, Winston Chao and Cliff Curtis. The poster is the second to be revealed for the movie and it certainly looks like the film could be one of the summer’s big blockbusters.

Looking very much inspired by Jaws but with the grandiosity of the recent Jurassic World films, The Meg is destined to be a real guilty pleasure.

The Meg finds the crew of a deep-sea submersible trapped inside after it’s attacked by the Megalodon. Jonas Taylor (Statham), an expert deep sea rescue diver, is recruited to rescue them and teamed up with Suyin (Bingbing), the daughter of a visionary Chinese oceanographer (Chao), as they risk their lives to save the crew.

The film is directed by Jon Turteltaub (National Treasure) from a screenplay by Dean Georgaris and Jon Hoeber & Erich Hoeber, based on the best-selling novel by Steve Alten.